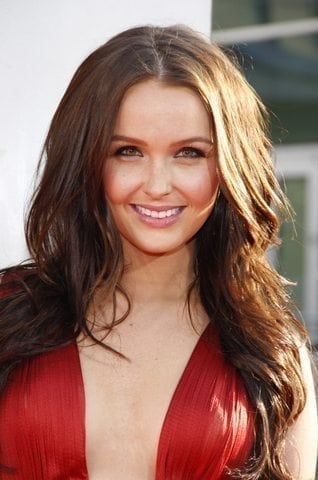 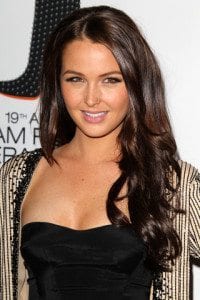 Luddington has spent the past five years working on the performance capture and voice acting to bring Lara to life in two games, including the most recent: Rise of the Tomb Raider. The game is out Nov. 10 for Xbox One and Xbox 360 before coming to Windows 10 and Steam in early 2016 and PlayStation 4 in November 2016 (the result of a Microsoft exclusive deal).

The actress talks about her latest stint as the globe-trotting archaeologist in this exclusive interview from San Diego Comic-Con.

Innovation &Tech Today: What was it like returning as Lara Croft this time around?

Camilla Luddington: It was even more exciting this time around because when we finished the first game, I was nervous about how the fans would receive it. And now I feel like there’s this huge fandom support going into the second game. Lara’s a little bit darker at the beginning of this game, which was really fun to play. I was super excited. And to come back to Comic-Con for the second time was an amazing experience.

I&T Today: How has performance capture technology evolved since the first game?

CL: With this game we were able to use a new technology called Mova. Previous mo-cap had 90 points of reference on your face. Mova is now 7,000 points of reference, so that makes for a much more detailed specific look for Lara. Even in the trailer she looks a lot more realistic. She looks fantastic.

I&T Today: How did you juggle your work on Grey’s Anatomy and making this game at the same time?

CL: Well, literally every day off I had in the past two years I hopped onto Tomb Raider. So I had this joke that I save people in the day, and I kill people at night. That’s what I feel like. I feel like I’m jumping back and forth constantly.

I&T Today: How much input did you have working on the script?

CL: We had a table read, which is the first time we had ever done that. Because of the size of the game, it took hours for us to read out loud the entire script. That helped me. And then I got to go back and say, “Hey, I don’t think this makes sense,” or “This jump from this scene to this scene doesn’t make sense,” or “Why is she saying this?” It becomes a collaborative effort amongst everybody, but I feel like it only helps to serve the story at the end of the day.

I&T Today: What do you think fans will be excited about when it comes to the locales and the enemies in the next installment?

CL: Everything is a little creepier and a little darker than in the last game, so fans will just have to wait and see how that all ends up appearing and coming
to life.

I&T Today: Was it fun to get a chance to play in this ice landscape?

CL: Yeah, it was very different. I kind of hated it at the same time because it required a lot of yelling, and I lost my voice so many times. So I hope that she’s on the beach in the next game.

I&T Today: What do you think it is about Lara Croft as a character that has stood the test of time over so many games and films and connected with people?

CL: I think her strength and drive are really inspiring. And I don’t think there are enough female characters that are these heroes. She sticks out as one and will continue to be iconic because
of that.

I&T Today: What role do you feel that Lara Croft has played in attracting more female gamers?

CL: I met so many girls today actually that said that they weren’t gamers and then they bought Tomb Raider, so they’re relating to something and relating to her. There just needs to be more of those kinds of characters to bring in more of those female gamers.

I&T Today: How good are you at playing these games?

CL: I am terrible at every game except for Sonic because I’ve been playing it since I was a kid, but Tomb Raider is very difficult for me. It’s frustrating for me because I know where I need to go and what to grab to kill somebody, but I just can’t find anything.

I&T Today: Does Crystal Dynamics give you any cheats or anything?

CL: No. None. I’m going to have to ask them for this game.

I&T Today: When you’re playing other games do you feel a little of Lara Croft’s influence with the way start acting the way that she does, moving the way she does?

CL: No. I feel competitive though. I feel like I can’t play a game without comparing it to Tomb Raider, which I’m not sure if that’s a good or a bad thing.

I&T Today: Has playing her now for so long rubbed off on you in any way?

CL: I think that even in just working out and wanting to kick butt and take Taekwondo and whatever, anything like that makes me want to be more of a badass.

I&T Today: Have you noticed any crossover between Grey’s Anatomy and Tomb Raider fans?

CL: I’m starting to see it, yes. I know some fans of Tomb Raider that now watch Grey’s and some Grey’s fans now have played Tomb Raider. They take pictures holding the games, so it’s really fun to see that crossover, actually.

I&T Today: How cool is it to be able to tell people that you play Lara Croft?

CL: It’s very cool. I’ve been hoping forever it would give me street cred. I’m not sure it has, but just to be part of something iconic is amazing.