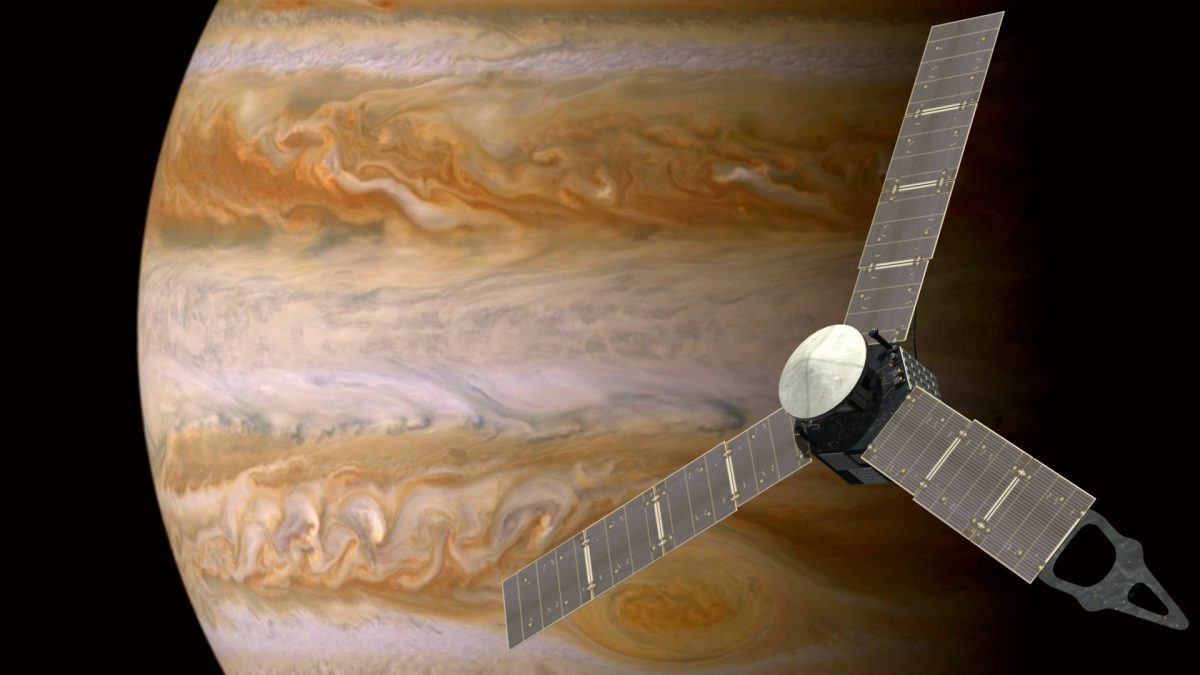 Amid crackling fireworks and sizzling Fourth of July sparklers, another cheer erupted at NASA’s Jet Propulsion Laboratory in Pasadena, California at 11:53 p.m. EDT yesterday.  The team received a message it had been waiting 59 months to receive: “Welcome to Jupiter!”

NASA’s Juno spacecraft sent the message 540 million miles back to mission control once it successfully entered Jupiter’s orbit in a maneuver that principal investigator Scott Bolton said went “perfectly.”  Juno fired one of its engines for 35 minutes, essentially riding its brakes to slow to the necessary 1,212 mph to allow Jupiter’s gravitational tug to swoop it into orbit.  Juno then turned itself so it faced the sun, whose rays are used to power its 18,698 individual solar cells.

“Independence Day is always is something to celebrate, but today we can add to America’s birthday another reason to cheer—Juno is at Jupiter,” said NASA Administrator Charlie Bolden.  “And what is more American than a NASA mission going boldly where not spacecraft has gone before?”

In the coming days, scientists will instruct Juno to turn on its scientific instruments after a previous glitch powered them down.  The probe won’t be able to take close-up measurements until the end of August because the large, oval orbit will only bring Juno back to Jupiter 53.5 days after it arrived.

Then, what scientists consider to be the fun part, “the science,” can begin.  Beginning in October, researchers hope to use Juno to investigate Jupiter’s core and atmosphere composition, map the strong magnetic field that hovers around it, and observe the planet’s auroras.  NASA said in a press release that they hope to “take a giant step forward in our understanding how giant planets form and the role these titans play in putting together the rest of the solar system.”

To view a simulation of Juno’s journey, visit https://www.eyes.nasa.gov/eyes-on-the-solar-system.html. To see NASA’s video of Jupiter and the Galilean Moons, check out https://www.youtube.com/watch?v=XpsQimYhNkA.