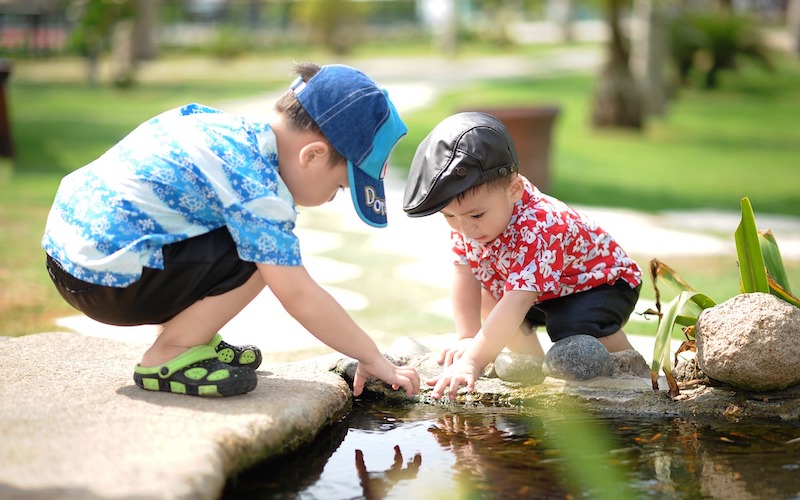 Few entrepreneurs get a chance to sell a startup. Far fewer get the chance to sell three. Yet Jon Fisher already scored his “hat trick,” – an ice hockey reference to the rare occurence of scoring three goals in a game – having sold Bharosa to Oracle for $50 million, Net Clerk to what is now Roper Technologies, and AutoReach to what is now Autonation. Today, Fisher heads CrowdOptic, the wearable augmented reality company that itself might someday fetch millions of dollars.

One might think with all of his success in tech, Fisher might cite the Internet, computers, or some other 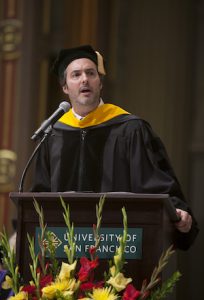 device as humanity’s “greatest invention.” But instead, Fisher argues that children are in fact our greatest invention in the subject of his keynote speech at the University of San Francisco graduation ceremony last month.

That might seem like an odd take for a multi-millionaire tech entrepreneur, but really, why does humanity continue to invent so many technologies? Part of it is enjoyment today, but a larger part also seems to be the building of a better future. And who do we build a better future for if not our children?

For thousands of years, parents have striven to provide their children with a better life than they themselves enjoyed. For entrepreneurs like Fisher, inventing technologies comes with many rewards. There’s the money, of course, and the fame. There’s also the satisfaction that comes with solving a pressing problem or creating a gadget.

And then there’s the future. Think about all the advances in health care. The infant mortality rate in the United States plummeted from 25 in 1960 to less than 8 in 2017. Or consider the rise of the World Wide Web. Children across the globe can now access huge amounts of information at the click of a button.

Now, with CrowdOptic, Fisher is striving to create a world where augmented reality not only exists, but becomes and integral part of our lives. CrowdOptic makes it easy for companies to combine multiple live video streams through cameras, eyeglasses, drones and other sources into one easy-to-manage stream. For event planning, security, and other applications, this could be a game changer.

But Fisher doesn’t limit himself to “just” technological inventions. The world is facing a myriad of problems and that means future generations are going to have to face up to them. That’s where children come in as the greatest invention. Consider rising sea levels, a problem that keeps Fisher up at night.

Right now, rising sea levels might seem like a far off problem, but for future generations, it won’t be a future threat, it’ll be the present reality. That’s something Fisher noted in his speech at USF, noting that 4,400 some homes in Marion County, FL are under threat because of rising sea levels.

Rising sea levels, climate change, and all the other problems facing humanity and the world don’t make for the sexiest graduation speech topics. But here’s the thing: today’s and tomorrow’s graduates are going to have to confront those challenges. Today’s college students may be dreaming of a bright future, but sadly, they may have to face some nightmarish scenarios.

For Fisher, it all comes back to children and his own daughter in particular. Many of the latest and greatest technologies will be obsolete in a decade. Yet humanity will persist, and hopefully, will continue to evolve and to meet the challenges the world is facing. But for that to happen, humanity is going to have to rely on its greatest invention: the children.

The fact is, we don’t, at present, have the technologies, willpower, knowledge, or skills to confront the challenges of the future. But, go by a playground and you might see kids running around and playing. It’s going to be those children who become the doctors, scientists, inventors, and leaders who confront the future’s problems.

6 Industrial Robotics Trends You Need to Know About: 2020 Edition