Anyone who grew up in the 90s may recognize Johnny Yong Bosch as Adam Park, the second Black Ranger from Mighty Morphin Power Rangers. However, Bosch has gone from wielding the Power Axe to focusing on his voice — working as a voice actor on such anime as Code Geass, Sailor Moon, and Bleach.

We spoke with Johnny about his transition to voice acting, his favorite character to perform, and his thoughts on the Power Rangers reboot.

I&T Today: How did you first get into voice acting? 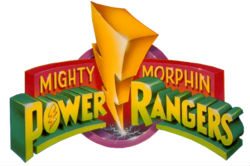 Johnny Yong Bosch: Completely by accident. I worked on a film that had an issue with the audio production. I ended up having to dub my voice over the entire film. As I was doing this the producer walked in and heard my voice. He said I had a good “hero voice” and asked me to audition for an animation. A few weeks after that audition I booked the role of Vash in Trigun.

I&T Today: What was your first voiceover job?

JYB: Technically Power Rangers for all the “helmet head” sequences and occasionally dubbing over picture cause of atmosphere noise, traffic or planes. Trigun however, was my first official animation.

I&T Today: What makes voice acting unique when compared to other art forms?

JYB: In film, for example, the eyes are the windows to the soul. Also, your face or physical actions can project an emotion that your voice doesn’t always translate. Knowing how to make your voice emote is perhaps the biggest difference. And in that there are still varying degrees from natural to cartoony.

I&T Today: What do you believe is the biggest misconception about voice acting?

JYB: That it’s simple and anyone can do it. A lot of people assume this but even some great film actors can come across flat or emotionless.

I&T Today: What is the hardest part of being a voice actor? 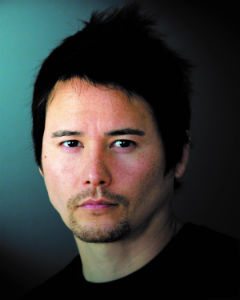 JYB: Opposed to other forms of acting? Preventing headphone hair after hours in a session.

I&T Today: Throughout your career, is there one character you’ve enjoyed performing the most?

JYB: Too hard to choose one, but Vash will always be special to me. I also learned the most about voice over and working the microphone on that one.

I&T Today: On the other hand, is there a character you’ve never done the voice for that you feel would be a perfect fit?

JYB: I’d love to voice an animated Bruce Lee. I’m not sure I’d be perfect, but it would be awesome for me.

I&T Today: Do you have any advice for aspiring voice actors?

JYB: Have a grab bag of well-rehearsed characters you can jump right into. There were plenty of times I was cast as one role but ended up scrambling for other voices when asked to fill in a couple more.

I&T Today: Growing up, you were my favorite member of the Mighty Morphin Power Rangers. Did you have any thoughts on the recent film reboot?

JYB: I thought it was entertaining and a good take on the franchise but unfortunately a little too adult for my young children to see at this time.

Featured Image Courtesy of: The Many Voices of “Johnny Yong Bosch” on YouTube