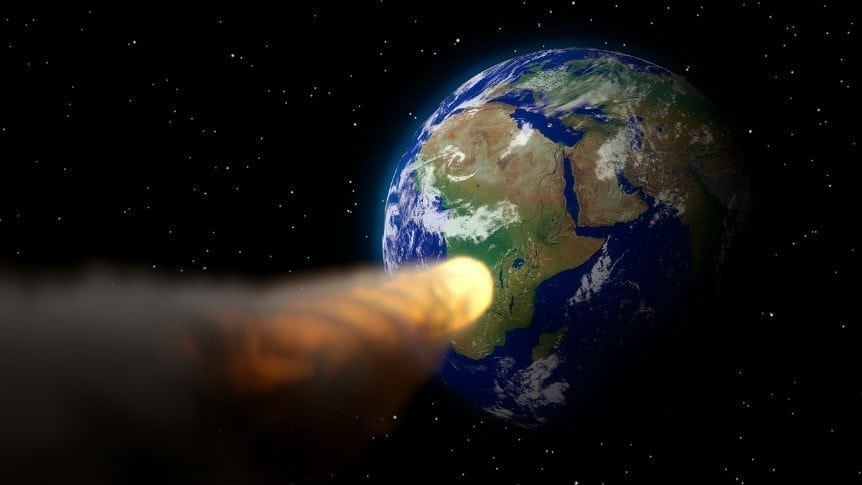 This week, astronomers observed a small asteroid speed past the sun. It may not sound too remarkable at first. There are asteroids flying around all over our solar system, aren’t there? But, what makes this asteroid, charmingly and temporarily known as A/2017 U1, so special is that it may have come from outside of our solar system.

If initial data is correct about U1, the asteroid would be the first interstellar object to be observed and confirmed by astronomer. According to NASA, the object was first discovered on October 19 by the University of Hawaii’s Pan-STARRS 1 telescope. Rob Weryk, a postdoctoral researcher at the University of Hawaii Institute for Astronomy (ifA), immediately realized something odd about the object. As he told NASA, “Its motion could not be explained using either a normal solar system asteroid or comet orbit.” Weryk was able to combine data with ifA graduate Marco Micheli, who was also observing the object. The combined data led Weryk to conclude that “this object came from outside our solar system.”

U1 is relatively small for an asteroid, only 400 meters across, and was moving at the quick pace of 15.8 miles per second when first discovered, forcing astronomers around the world to scramble and learn as much as they can. Once data is obtained and analyzed, astronomers may know more about the origin and even the composition of the asteroid. But scientists need to move quickly to collect what they need. As Davide Farnocchia, a scientist at NASA’s Center for Near-Earth Object Studies (CNEOS) reported, “It is going extremely fast and on such a trajectory that we can say with confidence that this object is on its way out of the solar system and not coming back.”

As of right now, U1 is moving away from the Earth and Sun towards the constellation Pegasus at a brisk 27 miles per second. While the interstellar visitor’s holiday with us may be brief, it’s a potentially historic event, marking our first official observation of an object from outside our solar system.

To learn more about the asteroid and track its progress, go to https://cneos.jpl.nasa.gov/