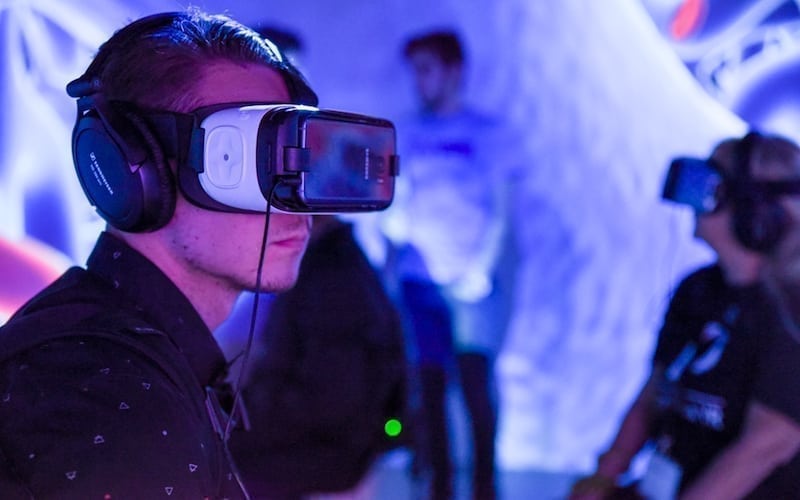 FIVARS takes place Sept. 14-16 in Toronto, ON at the Matador Ballroom, showcasing a new wave of filmmakers, content producers, technologists, and experienced designers who push the boundaries of immersive arts and entertainment powered by virtual and augmented Reality. For more information, see FIVARS.net.

Innovation & Tech Today: How has technology, production, and distribution changed, since FIVARS started in 2015?

Keram Malicki-Sanchez: In 2015, panoramic photography and video was just barely moving beyond the enthusiast stage. Yes, there was wonderful work being done in the travel and documentary sectors, but the idea of a grammar for telling complex narrative through this format was barely sketched in. The methods for capture were expensive, makeshift, and extraordinarily laborious. Stitching was something of a black art, and very expensive to get done well.

Leap forward three years and we are seeing all-in-one cameras shooting 4k, spherical video at 100 frames per second with built-in stitching, and ambisonic audio for the price of a high end DSLR. Heck, you can get an auto-stitching 360 video camera that streams live to Facebook for under $300.

Now you can find excellent off-the-shelf software for optical flow stitching, spatialized audio production, 360 video effects and transitions and much more. Everything is getting cheaper, faster, better and more user friendly.

Distribution is an ongoing battle — in some ways the players are better but many of the companies that first kicked off the 360 video renaissance have since folded. Now we are seeing more location-based entertainment. But festivals like FIVARS are there expressly to research and report on best new methods, approaches, and practices for improving upon this.

I&T Today: What does FIVARS offer that other film festivals and VR conferences don’t?

KMS: FIVARS has always focused on two things: perfecting the user experience (UX) of what a virtual reality festival should be, and scouring the world for new techniques and mechanics being used to tell stories in a spatialized medium. We cover a lot of independents, discover diamonds in the rough, and work with content creators to help them refine their work by providing analytics and audience feedback.

We focus on eliminating lineups, affording participants time to provide feedback, and focus on hygiene and comfort — all of our equipment is upgraded to eliminate many of the issues that plague typical VR exhibits. We also use the new Cleanboxes to blast the head mounted displays with medical grade UV and 400ppi blasts of air. Do we always get it right? No way. But we never rest on our laurels and take new approaches every year to see what else can be learned.

On the creative side, we don’t favor the major distributors or studios over independents or even first-timers. We take everything on its own merit. We do make extra efforts to look for content where artists may not have the same confidence or opportunities for exposure. We accept works from any country, genre, and language, and don’t concern ourselves with commercial appeal so much as responsibly crafted, innovative results.

I&T Today: What could be done better to allow more people to have access to quality VR/AR content?

KMS: Amanda Shelby, a very smart businessperson and VR connoisseur, spoke at our VRTO conference this year about the matter of adoption, and she said, meet them where they are. She didn’t only mean at their genre of preference, but also their platform, activity, and so on. VR is so very young as a narrative medium, that we keep trying to provide solutions for which there are no problems.

But I think we are leaving a lot of things on the table: YouTube truly took off when it discovered its own stars and its own utility; tutorials are massive on YouTube. Makeup tutorials garner hundreds of thousands of subscribers. This is the sort of thing that VR and AR will truly excel at transmitting. It just hasn’t yet found its rhythm. We are very much in a discovery phase.

KMS: Immersive media can communicate an idea in a visceral, embodied way that research will show is remembered not only by the mind but the body the way that we remember real experiences. Furthermore, the fact that immersive media has a vertical field of view and persistent horizon means that there is a true sense of scale and proximity/depth.

These few differences, that we have thus far managed through 3D cinema and IMAX screens with huge field of view, are now integrated into powerful systems that can fool our senses, and afford us new ways of exploring places, activities and things that may otherwise not be available for that form of study.

KMS: This is like asking how the Internet might affect society back in 1995. It is impossible to understand the scope because everything is shifting, iterating, and mutating all at once. Some more certain suggestions are in the areas of education, simulation and training, data visualization, design and arts, telepresence (commuting, business comms), social functions, and entertainment (concerts, standup comedy, public speaking, town halls).

Consider how it impacts journalism and cultural anthropology. Imagine if all the film and images captured over the past century had also afforded us a view of the photographer, the camera person, those things beyond the frame…

I&T Today: What advice would you give to marketers interested in using the power of immersive technology? What do people get right and wrong when designing a campaign?

KMS: If Coca~Cola sells happiness, then VR sells real sense memories. You don’t need to push a brand to have some wish they could return to the dimension through the magical portal that you created. Understand the medium. Respect that you don’t need to yell and shout at them like MTV needed to to cut through the din. VR puts you in complete surround isolation. It is delicate and nuanced. A lot can be communicated with very little. It is also easy to make people sick or overwhelmed if you are not careful.

Give people experiences they want to have. VR is not TV or radio or cinema or video games or art installations or theme park rides. In fact, it is a bit of all of the above, a created something greater than the sum of its parts.

I&T Today: What’s new in the world of immersive narrative that will be showcased at the event?

KMS: FIVARS curates around the principal objective of identifying new techniques. This year we are seeing the hybridization of volumetric performance capture, CG, and spherical video with spatialized audio all in one. For example, we have “A Curious Mind,” featuring actor Dominic Monaghan as a volumetric video performer inside a 360 stereoscopic representation of the solar system.

Then we have Cinehacker’s “Made This Way” that looks at gender fluidity and the stories of transgendered men by using Depthkit to capture their interviews and homes.

Michael Carter is showing off various extinct or endangered animals inside of the holographic Looking Glass, controlled by RFID pucks, to increase attention and curiosity in students.

There are whimsical stories and tragic ones, horror and comedy, roomscale VR and wonderfully crafted passive 360 video. The quality of the content, the approach, and the final product are higher than ever before.

I&T Today: What are you looking forward to the most at FIVARS this year?

KMS: I always look forward to learning what the wisdom of crowds can teach us about these experiments. I try to predict what will be popular or successful or universally loved, and I am often surprised by the actual results. This dance of research, technique and discovery, and learning is what makes this challenge such a joy to undertake.