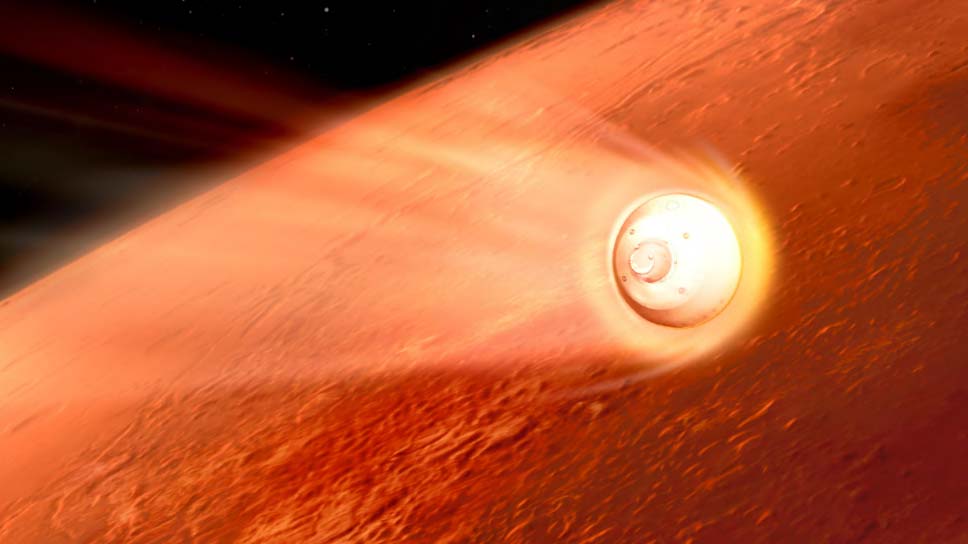 Later today, the most technologically sophisticated rover ever will land on Mars.

NASA’s Perseverance is expected to land around 2:15 EST/11:15 PST. At that time, NASA will be going live via all of its video avenues. Viewers can watch the entire experience on NASA TV, website, app, YouTube, Twitter, Facebook, or on Twitch.

The video live feed can also be watched using the embedded player below this paragraph.

In the hours leading up to the landing, you can track the rover’s progress by visiting NASA’s Eyes on the Solar System.

NASA has invested approximately $2.4 billion to build and launch the 2020 Perseverance mission. The estimate to land and operate the rover during its prime mission is approximately $300 million.

The Mars 2020 mission spacecraft, carrying the Perseverance rover, launched from Cape Canaveral, Florida, on July 30, 2020. The spacecraft will arrive about six-and-a-half months later, on Feb. 18, 2021.

During a prime mission that will last one Mars year (about 687 Earth days), Perseverance’s exploration of Jezero Crater will address high-priority science goals for exploration. A key objective for Perseverance’s mission on Mars is astrobiology, including the search for signs of ancient microbial life. The rover will also characterize the planet’s climate and geology, pave the way for human exploration of the Red Planet, and be the first planetary mission to collect and cache Martian rock and regolith (broken rock and dust).

The Ingenuity Mars Helicopter, a technology demonstration, is also riding along to Mars, attached to the belly of Perseverance.

NASA’s Mars Reconnaissance Orbiter (MRO) will be flying overhead during Perseverance’s landing on Mars. If the communications relay system from Mars to Earth works as expected, MRO will receive telemetry (detailed engineering data) from the lander and then relay it to NASA’s Deep Space Network (DSN) antennas on Earth.