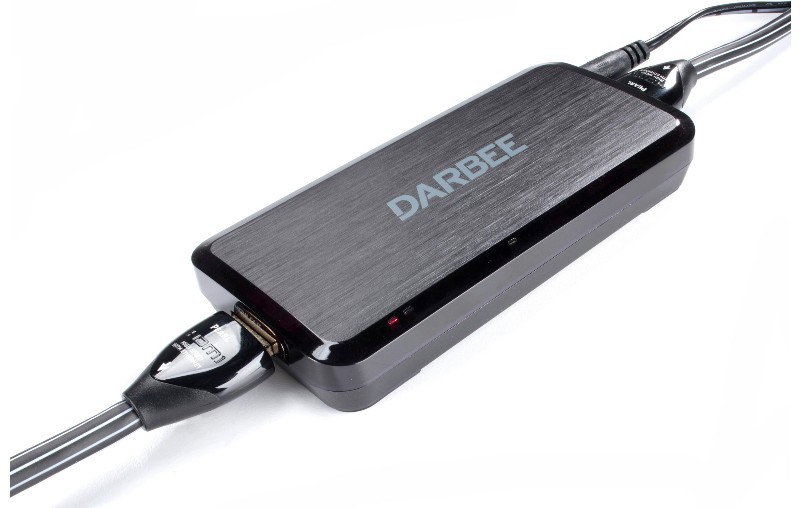 How DarbeeVision Created the World’s Most Realistic Image

Humans have long been fascinated with the idea of sharing images. Since the invention of the first camera, we have been tirelessly pursuing an image of the world that looks like what we see with our naked eye. What began with a small box and a silver chloride coated piece of paper has evolved into sophisticated photographic equipment and ultra high-definition images.

Yet, despite improvements in pixel rates, processor speeds, contrast levels, luminescence, and color intensities, the images being produced are still less vibrant and sharp than what the human eye naturally sees. Or rather, that was the case, prior to the advent of DARBEE Visual Presence technology.

Innovation often occurs when someone with foresight and vision breaks down an existing process and examines it from a fresh perspective, experimenting and manipulating the resources available to create a new form of understanding. That was Paul Darbee’s process, one that would eventually lead to the creation of some of the most remarkable image processing technology ever created.

The Dawn of DARBEE

In the early 1970s, Darbee began experimenting with video cameras to simulate the effect produced by human eyes. His goal was to create a single two-dimensional TV picture utilizing images from two video cameras. He arranged them like a pair of eyes, one on the left and one on the right. Darbee found he could defocus one image using the TV camera’s lens, then use a video synthesizer to invert the defocused image and add it to the other, sharp image, to create a detailed 2D image with a stronger sense of depth and fullness.

Why did it work? Because human eyes are set slightly apart, resulting in distinct vantage points. Those slight variants in perspective allow the human eye to see greater depth and detail because each eye is detecting more angles of the same object. Those minor differences in what each eye is seeing create depth cues in the brain, indicating the object being viewed is three-dimensional.

When this phenomena is applied to image processing, the results can be remarkably lifelike. Darbee’s revelation was before its time, and it would be thirty years before advancements in computer science and digital imaging would allow him to fully realize his vision.

In 2006, Darbee filed his patent, Method and apparatus for embedding three-dimensional information into two-dimensional images, cornering the market on the process that would become the foundation for DarbeeVision Incorporated. In combination with another patented concept, Perceptor, the company is now offering both device- and cloud-based systems to enable users to refine images, both still photographs and a series of frames from a movie or video.

Perceptor allowed Darbee to further refine the embedding process to isolate only those parts of the image with visual significance. These innovations came together to create DARBEE Visual Presence (DVP) technology, which the company has now fully automated such that it can be applied to most consumer electronics, including: digital TVs, DVD and Blu-Ray players, video games, digital cameras, mobile devices, printers, and most other imaging products.

What is DARBEE Visual Presence Technology?

DVP can be integrated into any existing imaging device to enhance the clarity, depth, and quality of the images being shown. When Blu-Ray hit the commercial marketplace, it redefined image standards for the home theater. Its image quality put DVDs to shame, so much so that people were willing to invest in an entirely new media player and simultaneously reinvest in every piece of cinema they owned.

DarbeeVision has created an equally impressive leap in the realm of digital image quality, but this time you don’t have to buy a myriad of expensive new gear to reap the benefits. DARBEE offers the technology in several forms, both as an add-on device and as a cloud-based service.

For those who want to enjoy the DARBEE effect on their existing entertainment system, the DVP-5000S HDMI Video Processor is the ideal complement. The small device sits between your sources and your display and instantly enhances all of your content: standard definition, high definition, 4K/UHD, IPTV, OTT streaming, VOD, virtual reality, augmented reality, omni-view 360 degree, cable, satellite, Blu-ray movies, and still images can all be processed using DARBEE Visual Presence technology. Your favorite movie? Slide it into the DVD player and watch it with vivid clarity and detail. New streaming television series? Watch it in better quality than the producers who created it, all thanks to the DVP-5000S.

DARBEE on Demand (DOD) is a fairly new addition to the DarbeeVision line of products and services. It allows content creators to utilize DVP to process image and video files using an entirely cloud-based platform. GoPro footage, drone images, and all variety of content can be enhanced quickly and efficiently using the DOD platform. This means old media, new media, whatever type of content you may have, the DOD system can improve it. Subscribers can upload up to two (2) gigabytes of data for DOD processing and users can expect it to be as accessible as using a web browser.

In a CES press release, President of DarbeeVision Inc. Larry Pace shared his insights on the company’s progressive approach to technological innovation: “It is a fact that no camera has ever captured an image in the same way that we see with our two eyes. All images are missing disparity depth cues, so every image that has ever been taken cannot appear fully real. By leveraging Paul Darbee’s discovery that you can, in fact, embed depth information into images, we have solved the 150-year-old problem of how to make flat images appear as they do in real life.” Pace continued, “With each new DarbeeVision product and each of our OEM partners’ products, we move closer to the goal of bringing DARBEE Visual Presence technology to the entire world.”