The Future of Diabetes Tech with Dr. Kupper Wintergerst

In America’s war on diabetes, technology represents a double-edged sword. As Dr. Kupper Wintergerst of the University of Louisville claims, it’s “one of the reasons why we have kids gaining unhealthy weight…It makes life easier and you’re less apt to walk & exercise. You’re more apt to watch TV, etc..” However, Wintergerst is quick to pivot from this point, as he adds that evolving technology has alternately revolutionized the way we manage this disease — one that, he claims, represents the biggest thorn in our ever-expanding sides:

Taken as a whole, diabetes is the single most complex health disorder in our times, because it increases the risk for cancer and cardiovascular disease, along with pulmonary disease, kidney failure, blindness. The list goes on and on, and it’s unbelievably expensive.

With the diabetes problem as prominent as it is, most Americans are familiar with the bare basics. Type II, the most common form of diabetes throughout the world, you can easily get a diabetic test strip to know your full symptoms, is associated with poor eating habits, lack of exercise, weight gain, and family history. Type I, by contrast, is less common, but is also not preventable. As Wintergerst says, this form of the illness is an autoimmune disorder that “begins to damage the factory that makes insulin — and this factory is called the pancreas.” 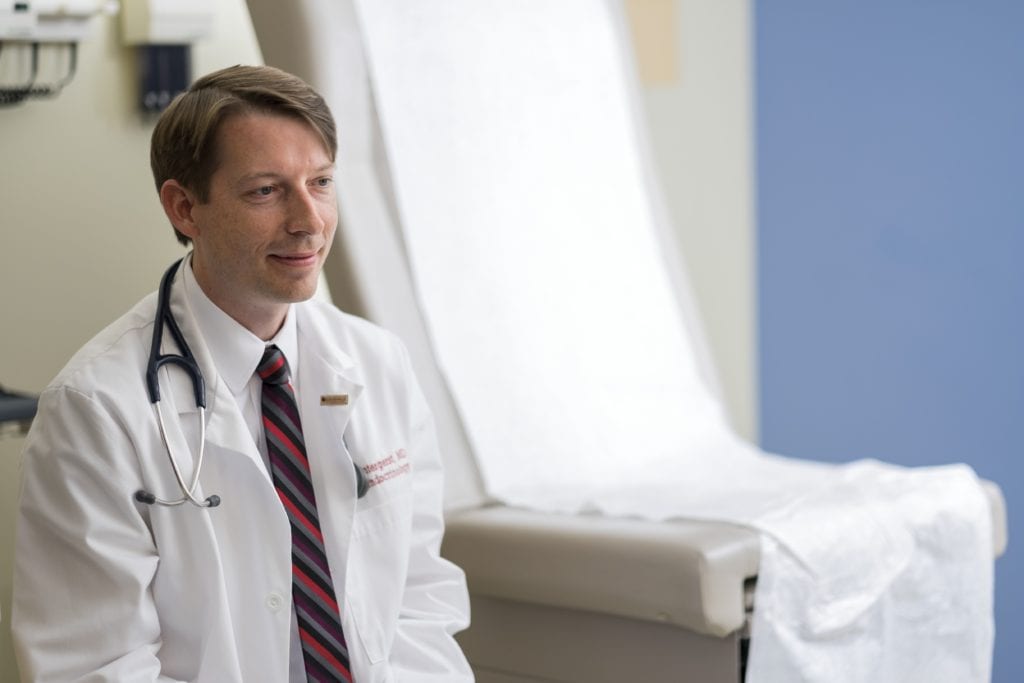 Over the years, both forms of this disease have taken a literal toll on public health (approximately $250 billion annually in the U.S., according to Wintergerst). But before this epidemic was the priority it is today, the measures for monitoring the disease were rudimentary. As Wintergerst explains, early urine tests would vaguely identify users’ blood sugar levels as “high” or “moderate.” Now, with the aid of new technology, children and adults with diabetes can know precisely where they stand at any point in the day. For instance, speaking about the insulin pump, which allows users to regulate the amount of insulin their body receives, Dr. Wintergerst noted that you “can control your insulin in a way that, prior to 20 years ago, we could never do. Twenty-four hours a day we can manipulate the insulin far better than we ever could before.”

But the technological frontier for diabetes treatment looks even more promising. With his colleagues at the University of Louisville, Dr. Wintergerst is preparing to perform a study using a “continuous glucose monitoring system,” a device that uses a sugar sensor that “measures the glucose under your skin at all times.” Research into this technology, in combination with insulin pumps, are rapidly moving towards the development of an artificial pancreas.  Indeed, working with the community, and connected institutions like the Wendy  Novak Diabetes Care Center, Wintergerst and his colleagues at the University of Louisville are working toward a smarter future of diabetes management — one in which technology moves out of the lab and onto, as Wintergerst says, a soccer field where a kid with Type I diabetes is playing his or her favorite game.

Thus is there another duality when it comes to the future of diabetes, according to Dr. Wintergerst. As technology improves, so do our efforts to make it more human.

The Future of Diabetes Tech with Dr. Kupper Wintergerst