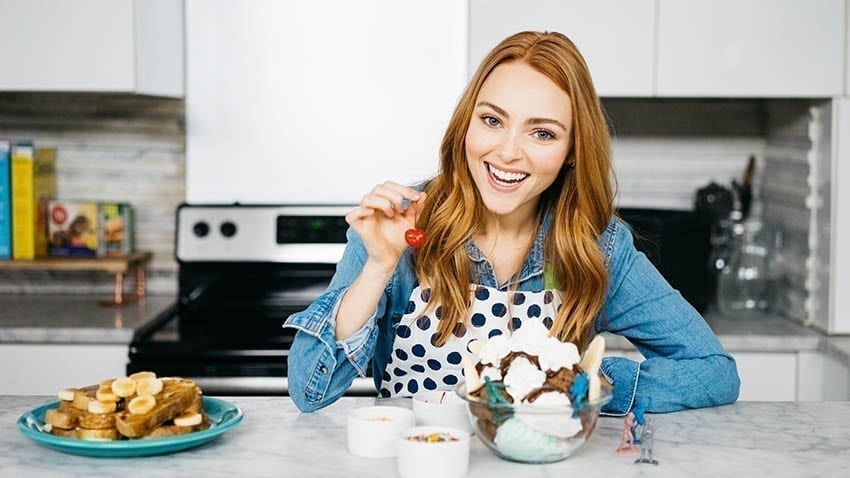 Actress Anna Sophia Robb tackles food waste with the Feeding Better Futures campaign. Roughly one-third of the food produced in the world for human consumption goes to waste every year. According to the Food and Agriculture Organization of the United Nations (FAO), that is approximately 1.3 billion tons of food annually. The problem is especially prevalent in the developed world, where per capita waste by consumers is between 95-115 kg/year in Europe and North America, compared to only 6-11 kg/year in sub-Saharan Africa and south and south-eastern Asia. And, to top it off, the FAO estimates that the direct economic consequence of food wastage (excluding fish and seafood) is about $750 billion annually. 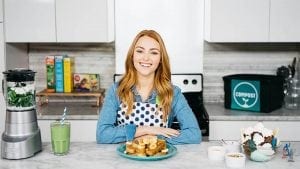 For this reason, actress Anna Sophia Robb teamed up with General Mills and DoSomething to combat food waste through Feeding Better Futures. The goal of the program is to not only spread awareness but also specifically engage young people in the cause. Through Feeding Better Futures, participants had the opportunity to submit their own ideas on how to improve food management in their own communities. In this exclusive interview, AnnaSophia Robb discusses food waste, the importance of engaging young people in environmental causes, and some of her favorite ways to combat food waste.

Innovation & Tech Today: Could you give some background on Feeding Better Futures?

Anna Sophia Robb: General Mills and DoSomething have come together and are providing a platform for young people because they see that there are about 13 million kids in the U.S. who have food insecurities. Food is being wasted and it’s not going to the right places. And so, rather than have governments or big corporations or think-tanks think through these problems, they are offering kids who have first-hand relationships to food insecurity to think about these problems and solve them in their own community. So it’s basically taking small steps and giving power back to kids, and then the resources to make those changes possible.

[Participants] take a picture of the problem that they see in their community and then they take a picture of a way to solve it, or what they’ve done to solve it. So maybe they decide to start composting, or … There was one science club,  I think it was in Kentucky, and they bought a food dehydrator, and so they ended up dehydrating all the food in their cafeteria, and then they had clean water.

Whoever the winner is, they can get a $5,000 scholarship, and then they’re also invited to apply at the General Mills Feeding Better Futures scholars program, and are given a chance to win $50,000. And they’re using that money to implement their solution. It’s harnessing the creativity of young people and giving them a voice, because they know what’s going on, and they think it’s also raising awareness. Because we’re not necessarily taught that. I think my generation is starting to become a lot more aware, but food scarcity is a real thing. We have to think about the way that we look at food and our relationship to food, and where food is first, and where is there healthy food, and where is there not such healthy food.

I&T Today: Why is it so important to engage young people in environmental and social issues like these?

Anna Sophia Robb: I think it’s important because, obviously, young people are the future of our country. And I think it’s important to give power to young people. I think too often we rely on, I can only speak for myself but, sort of waiting for an authority figure to tell you what to do. I think kids and young people are just inherently more creative. There’s the youthful spirit where it’s innovative, and you don’t really take no for an answer, and there’s a constant question of “why does this work this way?” I think rather than suppressing that, let’s encourage that natural tendency to question and look at things that seem unjust or unfair, and try to solve those problems. With this program giving them the resources, [they] say, “Hey, if you work together with ten more of you, you can actually do something about this, you don’t just have to wait for it to get better.”

ASR: We eat every single day. For a lot of us, multiple times a day. And I think putting it in your brain, or creating a filter where you think, “This food is valuable, this food is precious. There are people who aren’t able to sustain themselves or get the right nutrients.” And thinking, “How am I buying my groceries?” I know I’m guilty of definitely wasting food, so we’re thinking, “How much am I buying?”If I have vegetables and they’re starting to turn, rather than throw them away, why don’t I cut them up and freeze them? I think turning your brain onto just a higher level of awareness, because you’d be surprised, there are little things that you can do that can make a big difference.

I&T Today: What are some of the more creative ways that you found to combat food waste in your own life?

Anna Sophia Robb: I tend to overbuy greens, because I think, “I’m going to be healthy.” And then I end up eating the peanut butter pretzels from Trader Joe’s. Sometimes it’s hard to gauge … How often am I going to be out? How much am I going to be home?

My mom always makes soup, and then she just freezes it. That’s a really great solution and you can just heat it up … Or, look at all the different ways you can use bananas. So you don’t just have to eat them or put them in smoothies, you can also shine silverware, and they help get splinters out, and they help with bruising. You can make face masks with them, you can whiten your teeth. I tried that; it worked out well.

So just different, natural ways to use food. I haven’t really done it with a lot of other different foods, but if you have old almonds you can make almond milk. It’s not that hard, you’d be surprised. Like taking coffee grounds, you can make a body scrub out of that. I just think becoming a little bit more creative, you’d think, “Oh, that takes more time,” but it really doesn’t.

I&T Today: What advice would you give to someone who wanted to start reducing their own food waste and live more sustainably but didn’t really know where to start?

Anna Sophia Robb: I think I’m in that same boat. I’m learning and I’m trying to learn more about what to do. I would say go to DoSomething.org. There’s an amazing community there too. They cover so many different issues and there are so many different causes that need to be tackled. There’s a community right there and you can ask for tips and build relationships. And then, also, Recycle Across America is a great organization. And that’s about recycling clothes and how to properly recycle, compost, and all of that sort of thing…

Maybe just think about if you see something in your community and you don’t understand it. Like, I always wonder, “Where does all this wasted food go in my grocery store?” Do they compost it? Do they throw it out? Do they give it to a homeless shelter? Where does it go? Maybe just go to the manager and ask them.

There’s an Einstein Bagels near where I went to high school. They give away all of their bagels at the end of the day, so we would take them. They would literally be in the trash can, but you could take them right before closing, and we would take them to track meets, or to cross country … You can do a lot of different things, you just have to ask the questions, and be available to fix them up.

I&T Today: Since we’re talking about food, I was wondering if you have an ideal sustainable dish?

Anna Sophia Robb: I would say your own garden. My friend is doing aquaponics, which is pretty intense…

I think it would be great in schools, actually, to do an aquaponics system. They don’t have to be super big, either, and it’s like a mini, perfect ecosystem. So you have a barrel, and then you have a bunch of fish that live in that barrel, and then on top there’s another sort of contraption where you can grow vegetables. So, the droppings from the fish go and feed the vegetables and the greens.

EARTH DAY: The US electric power sector is halfway to zero carbon emissions