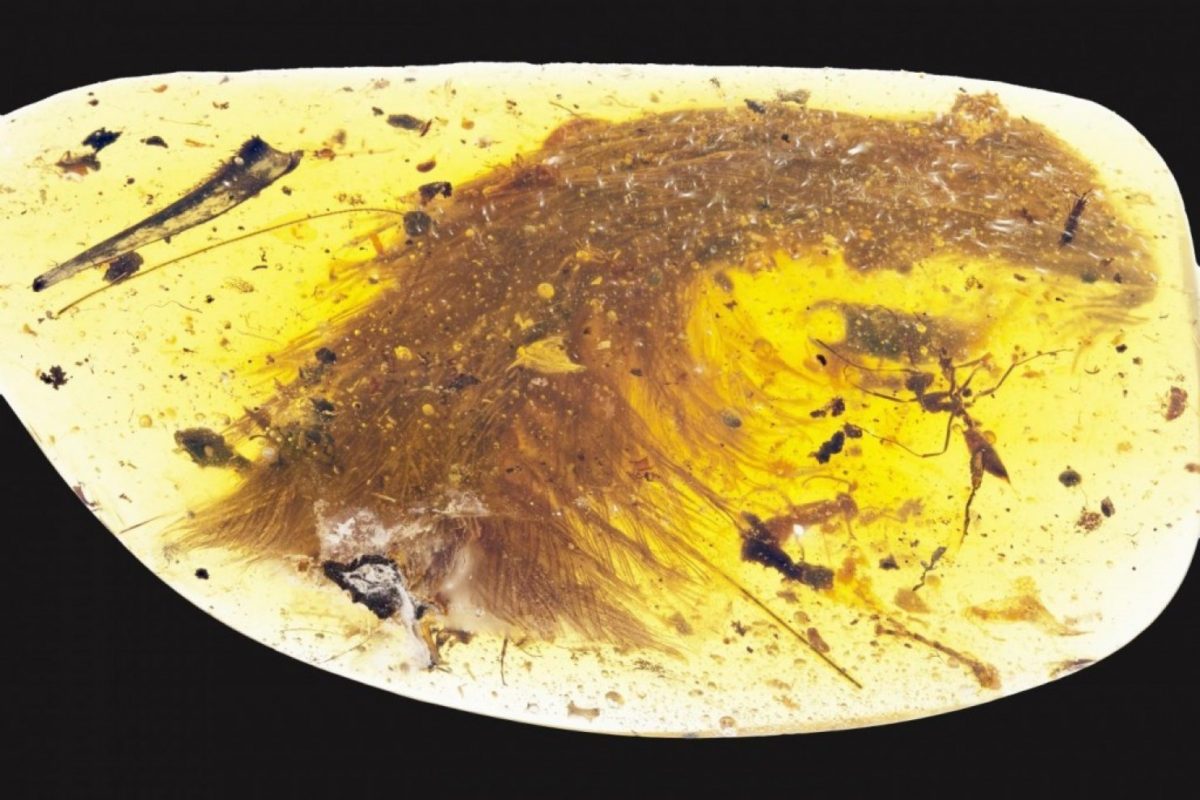 Chinese paleontologist Xing Lida (who co-authored the analysis of the finding published to Current Biology) happened upon the specimen while perusing an amber market in Myanmar, where amber is often sold and carved into jewelery. 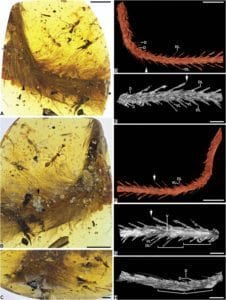 Ryan McKellar, another co-author on the analysis, explained in correspondence with the Washington Post that X-rays of the specimen indicated that it did come from a dinosaur (and not just some prehistoric bird) because of the way the vertebrae were organized. “The tail is flexible and the vertebrae articulate with each other, instead of being fused to form a solid rod,” McKellar said. The latter of which, he explained, is a common characteristic of modern birds. The traces of iron detected in the specimen also suggested the existence of organic material.

The researchers have deduced that the specimen probably came from the group of dinosaurs called coelurosaurs. Though this group contained a wide variety of different dinos in all shapes and sizes, the tail captured in the amber in this instance belonged to a dinosaur that was likely the size of a modern-day sparrow. Once its authenticity is verified, this recent discovery will add to the growing body of evidence that dinosaurs did have feathers, and perhaps give more clues as to which dinos did, and why.