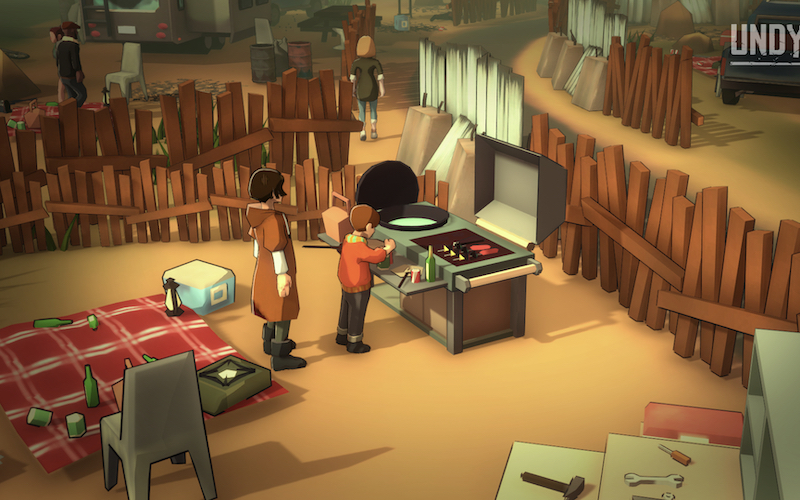 E3 2020 has been cancelled. So, to scratch our gaming itch, let’s take a look back at some things we saw at E3 2019. We spoke to exhibitors at E3 2019 about their experience at the convention and perspective on the world of video game development.

What have been the biggest changes to E3?

Well, it depends on which year we are in the console cycle, but we like to introduce new, fresh stuff. There are always huge games at E3, but every once in a while, every four years, we have new platforms at E3. And next year is no exception. I mean, you’ve got Stadia coming online, you’ve got all the streaming stuff going on; Xbox Scarlet announced, everyone’s speculating about PlayStation, so the whole industry’s in transition right now, which makes for some of the most exciting E3s. Of course, you’ve got the huge games as well. So it’s just an exciting time right now.

What are you showing off at E3?

So at E3 this year, Zen Studios has announced a brand new game, Castle Storm 2. It’s a sequel to our 2013 hit, and it’s taking everything you love about Castle Storm and putting basically an entire strategy game on top of it. That’ll be coming out later this year. We are also showing some pinball. We have Star Wars Pinball coming to Nintendo Switch in September, and that is the first Star Wars game on Nintendo Switch. It’s going to be a retail release and a digital release, which is really exciting. And finally, we’re showing Pinball FX Championship Edition, which is this crazy-looking machine, and this is our location-based, physical pinball product. This is something I’m totally excited about, it’s been in the works for many years, and it’s really cool to be finally showing it off.

So Zen Studios and E3 2020 is an interesting thing. When we were here back in 2013, I think that is the last time we had a meeting room and a formal presence. This year, we looked at the landscape and we thought that there was more space. You have other companies not here doing what they normally do and we thought that someone needs to fill that space and we think that Zen had enough interesting stuff to talk about or to show that we could come here and fill some space and be a part of the industry in this way. It is a challenge – E3 is for the big boys, there is no question – but we are definitely ramping up. If you look at what we are doing this year, the games we are working on, the releases that we are doing, it is definitely time for us to be here and to start fitting in a bigger way. That is why we are here. That is what we are accomplishing this year.

How did you get into game development?

The company has existed for 12 years now, but initially we started as a modding group with seven guys. The company was founded by seven partners and we kept growing. Currently, the company’s like twelve people; we started doing mobile games and then that turned into PC and console game development.

What kind of player would love The Riftbreaker?

Well, we hope that it will appeal to the StarCraft players, Diablo players. More of a hardcore audience. It is definitely not the casual “match three” game. 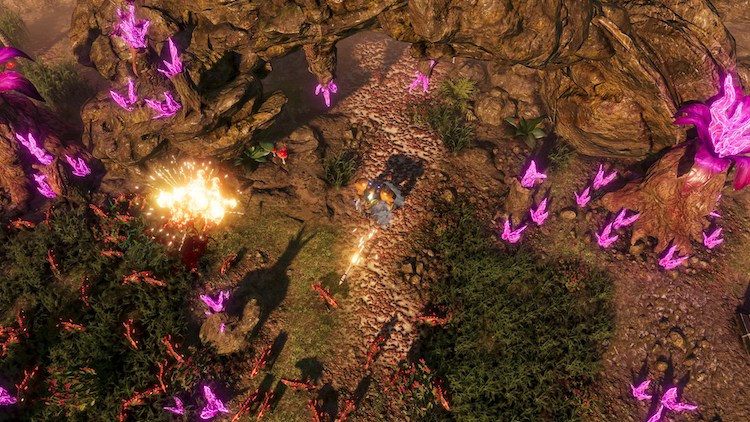 The Riftbreaker by EXOR Studios

What should we expect from EXOR Studios at E3 2020?

Well, the game is scheduled for release in the second half of 2020. So we’ve got a lot of work to do still on the game. We’ve been developing the game for more than a year right now and we will be adding a lot of different biomes like deserts, lava fields, all kinds of different weapons to the game like flame throwers, different melee weapons. So still a lot of work ahead of us.

What got you into game development?

I have always loved games. I’m a really creative person; I draw comics as well. I want to be a creator, whether that’s in animation, games, or comics. My main focus, originally, was in comics. But I think the comics industry is really tough. So I ended up studying game design, game development, and 3D art, and then that led me to the path of actually working in the games industry. 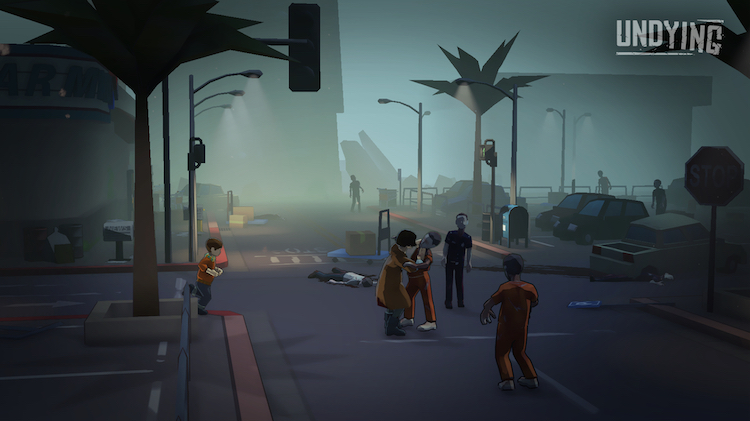 Where did the idea for Undying come from?

The main idea was from Kun, who is the founder of Vanimals, and the main director on this game. He just loves zombie worlds. He loves The Walking Dead. Anything with zombies, he’s a sucker for it, so he wanted to make a zombie game.

The previous game we worked on was a game called Eternity Warriors VR, Which is a VR action game, like Devil May Cry but in VR. He wanted to do something with less crazy action, and more with an emotional story to it. That’s how we ended up with this idea. We thought that having this story of a mother and son would really ground our game in a unique perspective.

What does the next generation of developers need?

Patience and drive, basically. You have to really, really want it. For me, I started off in Australia. Once I finished my game development degree, I looked everywhere in Australia and I couldn’t find what I wanted. Instead of just giving up there, I just said I’m going to go to China. I can speak Chinese, I’ve had experience there. When I went there, I initially went there as an English teacher, because it was easier for me to get a visa. And I just kept going.

I went to industry meets and stuff like that. How I ended up at this studio was because I interviewed for another studio, and they didn’t accept me, but their HR person knows the boss here. He was like, “I’m looking for somebody with Western experience, and can speak English.” And she’s like, “I know the guy.” And so we connected that way.

So you’ve just got to really keep pushing yourself out there. You can’t expect things to fall into your lap, I think that’s the main thing.