We sit down with Dr. Sandra Lee, host of TLC’s Dr. Pimple Popper, to discuss the phenomenon of pimple popping and the latest tech trends in skin care.

It’s polarizing. Some people find it incredibly soothing, while others find it nauseating. But, whether it is for relaxation or shock value, pimple popping videos still get shared all over the internet. Nobody knows this better than dermatologist Dr. Sandra Lee, who began sharing her own videos back in 2014. Today, her YouTube channel boasts over five million subscribers, and she is heading into the third season of her very own show on TLC, Dr. Pimple Popper.

We had the opportunity to speak with Dr. Lee about the virality of her videos and the latest trends in skin care technology.

Innovation & Tech Today: When you started posting videos of your work, did you know they were going to be so popular? 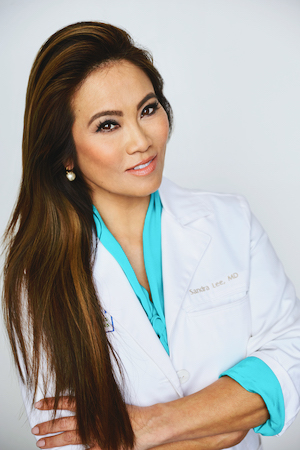 Dr. Sandra Lee: No, in a short answer. But I think I quickly figured it out. You know, what happened is that, about four years ago, I opened an Instagram account, like a public page to post videos. I thought people might find my world a little interesting. I happened to, early on, post a blackhead extraction video and it definitely got a noticeable increase in attention. Not a ton, because I only had like a couple thousand followers, but, it got some attention. I thought that was really strange, so I did it again and it happened again. Through that process, I discovered that there was a subculture, a group of people, that would share popping videos on the internet.

I thought, “Hey, this is the kind of thing I do at work, so why don’t I just try to upload videos and see what happens?” I started doing that, and I did it every day because I saw that people were responding to it. Then I think it went viral the first time BuzzFeed put a video out about my video, a reaction video. I think I started this in 2014 and it came out in March and that’s when it first went crazy.

They were pursuing me for a while before I finally decided to do a pilot or something, because I didn’t like the idea of a reality show. You’re still showing your life, you know? You hear everybody ends up divorced and you know it just brings drama to your life.

And also, I lose control over what I do, you know? When I make my own videos, I control what’s on the video. I control everything about it. So it was really a little stressful for me to do that, certainly. Now it’s somebody else’s camera, not my camera.

I really put a lot of trust in the production company. And I will say, I am more than pleased with how they have made the show. I’m really protective over my patients and their privacy. On YouTube, you don’t see who they are, but on the T.V. you are going to. I just want to make sure they’re not made fun of or bullied.

There’s a fine line. Because a lot of these people have things that you would stare at if you saw them in real life. They’ve really treated it very well. I feel it’s so interesting because this show has been a hit. And this is so interesting to me; it’s because it’s like the opposite of reality shows these days.

These days, the shows try to make a big deal at nothing – or throw tables or throw wine glasses or something. Here, it’s like people have something that is obviously a big deal and then you’re making it normal, so to speak. So it ends up being a very feel-good thing. I feel very lucky to be a part of it and that I can show how awesome dermatology is and what dermatologists can do, that we are not just pimple poppers.

I&T Today: After all the patients you have seen, do you have a case that stands out as the most interesting?

SL: I have a few interesting cases and it has so much to do with the patient too. I think what makes my videos social media compelling is that it’s very much like “Humans of New York” or “On the Road with Charles Kuralt.” I have always liked these human interest stories where you don’t really know necessarily who that person is. Or you follow a truck driver through the day and you learn how interesting their life is. I feel like I talk to my patients and you never see who they are, but then you learn about them and you kind of fall in love with them…

There was one guy early on; we call him Pops. His wife passed away right before I started doing amazing blackhead extractions on him and he talked about it on the video and it actually triggered a GoFundMe account and I think that we raised twelve or fourteen thousand dollars for him.

There’s a video where we give it to him too and he’s floored. He was in trouble because he had to move out of his home because he couldn’t afford it. His wife just passed away. He was really devastated. But I think it really helped brighten his days. And for people from Europe and Asia and all around America to send him money without even knowing what he looks like? That was amazing to me!

I&T Today: Could you talk about your new skincare line and what makes it unique?

SL: I really always wanted to create something, then I had this opportunity here. I saw that I had this platform of millions of people that were following me. I know that they trust my opinion, and I don’t take that lightly either.

I feel like my videos kind of trick them into educating themselves, too. And once they are educated about things, they can learn: “Oh, I have keratosis pilaris” or “That’s this condition!” Now they can go to my line and they can find things that are available that we as dermatologists would recommend to our own patients. And they can sort of treat themselves and feel proud about that too.

Of course, that’s not going to happen to everybody because not everything is fixable with over-the-counter medications. But there are so many things out there! There’s foot fungus spray that can be used to treat other skin conditions on the body. Or there are eye drops that can be used to treat rosacea. There are so many different things out there that are available over-the-counter but are not recommended for people in the correct way to treat the specific skin conditions.

I&T Today: How have you seen skincare technology develop over the years?

There are also new developments in teledermatology where people are trying to see dermatologists remotely. There’s good and bad with that; obviously dermatology is probably the most visual field. But, I think that is a very great thing to do, especially for someone that lives in a rural area that can’t get somewhere and they need to have a treatment.

I&T Today: Why do you think people are so fascinated by pimple popping?

SL: A lot of people will watch my videos like a bedtime story, to decrease their anxiety, to maybe even decrease their own compulsions to pick at their own skin. Some viewers say my voice is very ASMR and you know how that has been a big trend….

But, I always joke that if more world leaders were popaholics, I think we’d have world peace.