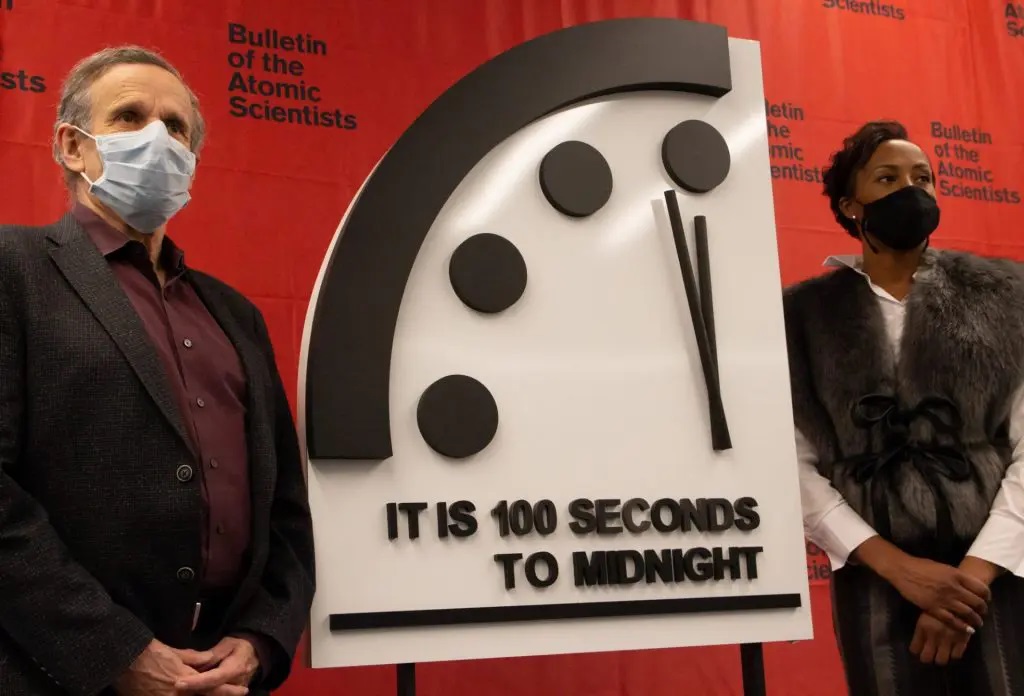 The end is near. Well, according to the Doomsday Clock.

The time on the symbolic Doomsday Clock was not changed for 2021.

“The COVID-19 pandemic will end up killing well over two million people around the globe,” the Bulletin of Atomic Scientists said in a press release. “The mishandling of this grave global health crisis is a “wake-up call” that governments, institutions, and a misled public remain unprepared to handle the even greater threats posed by nuclear war and climate change.  Given this and the lack of progress in 2020 in dealing with nuclear and climate perils, the Doomsday Clock remains as close to midnight  as it has ever been – just 100 seconds to midnight.”

Operated by The Bulletin of Atomic Scientists for 70 years the purpose of the clock is to warn us “how close we are to destroying our world with dangerous technologies of our own making.” The decision to move (or to leave in place) the minute hand of the Doomsday Clock is made every year by the Bulletin’s Science and Security Board in consultation with its Board of Sponsors, which includes 13 Nobel laureates.

The clock has become a universally recognized indicator of the world’s vulnerability to catastrophe from nuclear weapons, climate change, and disruptive technologies in other domains.

The time was last changed in 2020 when it was cut by 20 seconds from two minutes to only 100 seconds remaining. At that time, the scientists voiced concern over a lack of progress on nuclear disarmament as well as a lack of movement toward substantial climate change.

Founded in 1945 by University of Chicago scientists who had helped develop the first atomic weapons in the Manhattan Project, the Bulletin of the Atomic Scientists created the Doomsday Clock two years later.