Of all the incredibly cool things in the recent Black Panther film, one of the coolest is Letitia Wright’s portrayal of T’Challa’s extremely tech-savvy teenage sister Shuri. The film has been making a lot of noise since its debut, helping IMAX break February box office records. Walt Disney Company CEO Bob Iger said himself that Black Panther is a “masterpiece of moviemaking,… sparking discussion, inspiring people young and old, and breaking down age-old industry myths.” 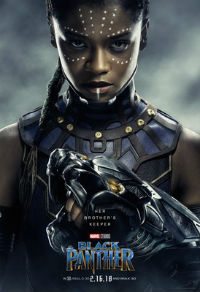 Worldwide, the film has brought in $700 million, and Disney is now using its success to give back. In a celebration of the scientific ingenuity portrayed in the film — and T’Challa’s assignment for Shuri to establish a technology center in Oakland, CA — Disney will be donating one million dollars to the Boys & Girls Club of America (BGCA). The donation is specifically meant to expand the BGCA’s STEM programs. According to a statement, “Boys & Girls Clubs of America will use this one-time grant to further develop its existing national STEM curriculum, and establish new STEM centers of Innovation in 12 communities across the country.” The overall goal, as is the goal of STEM education, is to inspire kids and teens to embrace the sciences. This new development will emphasize STEM education expansion in the following communities: Atlanta, GA; Baltimore, MD; Chicago, IL; Harlem, NY; Hartford, CT; Memphis, TN; New Orleans, LA; Orlando, FL; Philadelphia, PA; Washington, DC; Watts, CA; and, of course, Oakland, CA.

These STEM Centers provide local youth with hands-on, advanced technology education that stimulates creative approaches to STEM exploration. Subject matter includes everything from 3D printers, robotics, and high-definition video production and AV equipment. Disney CEO Bob Iger explains the heart behind this collaboration: “It is thrilling to see how inspired young audiences were by the spectacular technology in the film, so it’s fitting that we show our appreciation by helping advance STEM programs for youth, especially in under-served areas of the country, to give them the knowledge and tools to build the future they want.” In this case, reality imitates art, and as Wakanda learns to use their bevy of resources to help improve the world, so Disney learns to share the wealth as well.