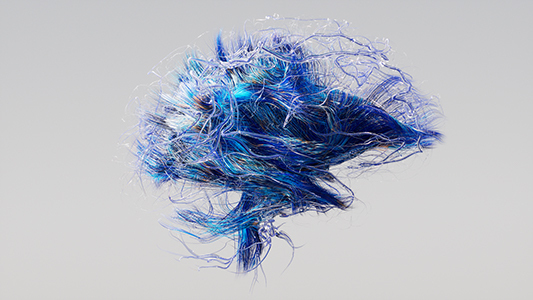 Cybin Advances Psilocybin as Treatment for Depression and Addiction

Cybin is a Canadian biotechnology company focusing on progressing psychedelic therapeutics by utilizing proprietary drug discovery platforms, innovative drug delivery systems, novel formulation approaches, and treatment regimens for psychiatric disorders. The company recently announced that it has successfully demonstrated Proof of Concept for its deuterated tryptamine programs, CYB003 and CYB004, to treat the disorders mentioned above.

A deuterated drug is a tiny molecule medicinal product. Its heavier stable isotope deuterium has replaced one or more hydrogen atoms in the drug molecule. Because of the kinetic isotope effect, deuterium-containing drugs may have significantly lower metabolism rates, hence a longer half-life.

According to the FDA, “Breakthrough Therapy” designation is a process designed to expedite the development and review of drugs intended to treat a severe condition. Preliminary clinical evidence indicates that the drug may demonstrate substantial improvement over available therapy on a clinically significant endpoint(s).

However, these potential treatments produce psychedelic effects that can last for extended periods, presenting challenges to patient access and possible reimbursement. Cybin is working to optimize the duration of action of its treatments through the selective deuteration of several short-acting psychedelic tryptamines to overcome these scalability issues.

According to Cybin, preliminary studies using an animal model have shown that applying the process of deuteration to psychedelic substances modifies the pharmacokinetic profile that impacts the duration of the experience while retaining the therapeutic potential of the psychedelic molecules present in the substance.

An evaluation of Cybin’s portfolio of psychedelic tryptamine molecules confirms that selective deuteration retains the complete therapeutic pharmacology across a panel of serotonin receptors seen with the non-deuterated parent molecules. This Proof-of-Concept was demonstrated by Cybin using the CEREP 5-HT selectivity panel.

Previously published data have confirmed that the principal effect of deuteration has led to improved pharmacokinetics consistent with potential improvement in therapeutic benefits.

A representative for Cybin confirms the company has numerous patents in the pipeline. It may be a few years until patients, psychiatric and otherwise, can benefit from experimental drugs containing psilocybin. Meanwhile, Cybin seems to be on the right track in advancing such medicine.