The 57-year-old mom went all-out for her son’s high school graduation by bringing the family to a Las Vegas video game competition.

Jamie Lee Curtis didn’t grow up playing arcade games, nor did she ever really get into video games at all. But the star of movies like Halloween and True Lies and the Fox TV series, Scream Queens, ended up attending two huge video game events in 2015 (EVO and BlizzCon) with her son, Tom.

Over the past few years, her teenage son introduced the actress to the world and culture of video games. She not only experienced first-hand a sold out Staples Center audience going crazy at the 2013 League of Legends World Championship, but she got involved in video game record-keeping company Twin Galaxies’ Right2Game campaign to help celebrate the positive attributes that gaming opens up to kids, families, and adults. Curtis donated her little black dress from True Lies and her husband’s Nikes from This Is Spinal Tap.

The actress gives a humorous account of how her entire family ended up crashing a video game event in Las Vegas dressed as Street Fighter (and Tekken) characters in this exclusive interview. 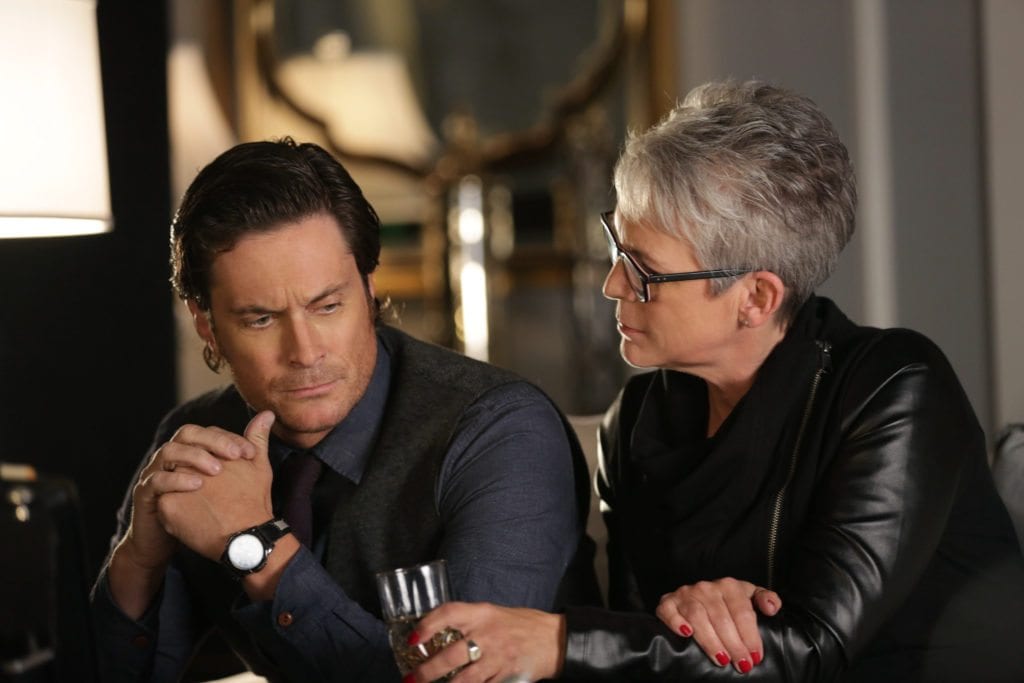 Oliver Hudson and Jamie Lee Curtis in the “Thanksgiving” episode of SCREAM QUEENS.

Innovation & Tech Today: What was it about Street Fighter that attracted you to that game over other fighters?

Jamie Lee Curtis: There’s something authentic and classic about Street Fighter. It was the game my son was drawn to. I’m 57 years old. This is not something I do on my own. This was a way to relate to my son. My daughter is a dancer, and since I went to college as a dancer, I could relate to her. But then I have this boy who loves video games. My husband and I are both athletes and have hobbies, and yet, neither one of us could really relate to the world of video games because the pejoratives attached to them were so strong that it was hard to break through that force field.

You’ve heard them all: video games are a waste of time, they’re for losers, they’re a brain drain, it’s something that makes you lazy, it’s a bad group of people. It took a lot of Tom’s insistence that this is what he was drawn to. He went to a video game design camp at UCLA called IB Tech for years, which was the beginning of some legitimate vocation. They were teaching basic video game design, Maya, game modding – all of these terms that I didn’t really know. So all of a sudden, as Tom’s interest deepened, our interest in the culture deepened.  And really that’s how it happened. It’s a little bit of, If you can’t beat them, join them…and beat them.

I&T Today: How excited were you about Street Fighter V?

JLC: Well, very excited. I’ll tell you a funny story about EVO. Tom graduated from high school and I told him the whole family would go on a trip anywhere he wanted. I said, “Let’s go somewhere crazy. Come on. You worked really hard. You want to go to Japan? Let’s go to Japan. We’ve never gone there,” and he said, “Well, there is one place I’d like to go,” and his dad and I were like, “Yeah, great. What is it?” And he said, “I’d like to go to Vegas.” 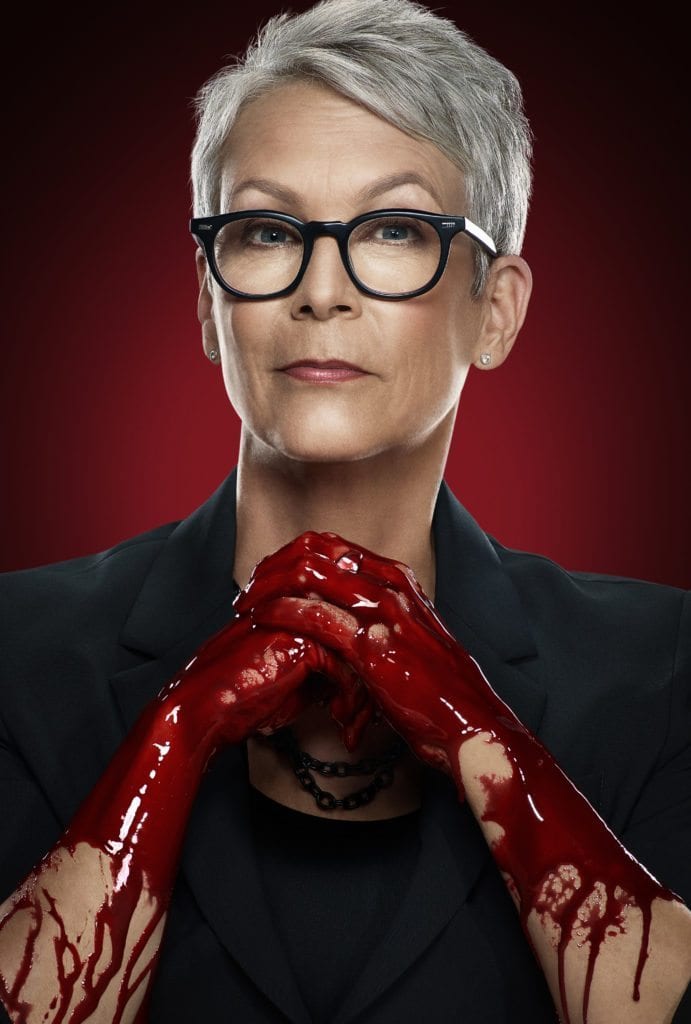 Now, I’m just going to say it. I may never get invited back there, but Vegas is the end of civilization as we know it. But Tom wanted to go, so we went to EVO. I wanted to go in costume, because that way I’m hidden and it’s not selfie-con. I wanted to go as Cammy, but she doesn’t wear a mask. Tom told me Vega wears a mask, but since he’s a guy, I’d have to crossplay. So, I learned a new term. A crossplayer is someone who goes as the opposite sex when they cosplay. If a boy dresses as a girl, that’s called crossplay.

JLC: I ordered the mask and wig online. I got the upper nude leotard, the purple Capri yoga pants, and I ordered a pair of brown clogs on EBay, used. (Gross.) I got the white knee socks. My sister, Kelly, plays well with my son, and she wanted to dress up, too. She got to be Cammy, thank you! Tom wanted to be Dee Jay, so I ordered a jumpsuit and pressed on letters that said “Maximum” on the leg and “Peace” on the back, and I got him the wig and everything. When I told my husband he had to dress up, he looked at me the way that only Chris can look at people. I asked Tom, “Who’s an old guy with gray hair?” He found Dr. Geppetto Bosconovitch from Tekken. So, I went online and ordered one of those etched magnet pens for his lapel.

I&T Today: That’s a lot of work for a convention that’s not really about cosplay.

JLC: We’re all ready to go, and about two days before the event I ask Tom if he thinks there will be a bunch of people dressed up like Vega. He said, “No, Mom. Nobody’s going to be dressed up.” I said, “What? What are you talking about? Why not?” And he explained that it’s not a convention. It’s a tournament. “Are you telling me we’re going to be the only people in costume?” I asked him. And he said we might be. At this point we’re committed. We have our rooms at the hotel; we have our airplane tickets. So, we fly in and we go to the thing.

Of course, we walk in and it is a festival of guys in shorts, t-shirts, sandals, and computers. And here’s what ended up being the humorous thing about the whole thing. I took more pictures with people dressed as Vega than I ever would have taken as Jamie Lee Curtis. Everybody there couldn’t wait to get a picture with Vega. What was I going to do?  Say no?  I couldn’t even use my voice. The very thing that I thought was going to keep me anonymous made me an attraction.

I&T Today: I did see the photos online when you revealed yourself.

JLC: Because Tom said, “You have to tell people you were there.” So, when we were done, I went back to the room and took off my mask, took a little picture, threw it out to the world, and then got on with my life. So, that’s the history of how my husband I have become video game supporters, advocates, and have come to feel like what Jace is doing is a really valuable, worthwhile endeavor that deserves support.