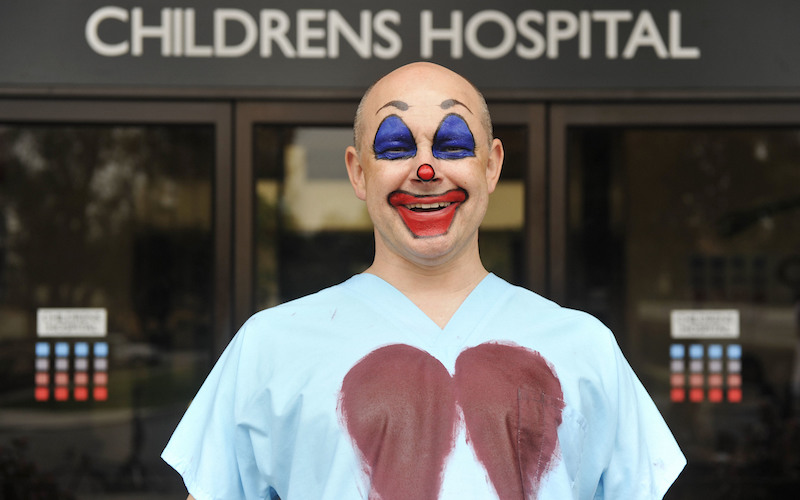 If you think that you don’t know who Rob Corddry is, chances are you know exactly who Rob Corddry is. A pinnacle of the comedy scene for sometime, Corddry has made appearances in comedy classics such as The Daily Show, Arrested Development, and Old School. He also starred in Hot Tub Time Machine, Children’s Hospital (which one an Emmy in 2016), and most recently, HBO’s Ballers. Since the early 2000s, Corddry’s face and demeanor have been amongst the most recognizable in Hollywood. GQ even dubbed Corddry the moniker of “Hollywood’s Most Lovable Asshole.”

He’s a man with a prolific career and interests to match. When I had the chance to speak with Corddry earlier this year, our conversation spanned just about everything from smart home and entertainment technology to comic books and podcasts. For convenience, the conversation has been broken into three parts. For this second portion, we’ll explore Corddry’s love for podcasts, what his own podcast would look like, and what his some of his favorite series are.

Innovation & Tech Today: You were saying that you’ve been featured on some podcasts. Have you thought about starting your own podcast?

Rob Corddry: I have a couple ideas but I think, just like always, I’m behind, I missed it. I missed my shot. I think you’ve got to have a really compelling podcast now to break through. I think if I were to do one, it would be a narrative fiction. And they’re fairly new. I think that’s probably what I would do. I also just love talking to people, and I had ideas like just based on a simple concept, like every week I’d put out a Twitter thing saying a random question like, “If you bought a yellow car, let me know if you want to be on the podcast.”

Then I’d just, I don’t know, pick one person who seems like a good interviewee and then I’ll use that, like what kind of person buys a yellow car as a jumping off point into this other person’s life. Basically, just a reason to interview people that never get interviewed, just normal people.

I&T Today: That’s a really cool. You find that strange, common denominator that might bring a niche group of people together. I like that.

Rob Corddry: I like that. And I like that whole idea of socially, politically, the whole thing, like we’re all the same and everybody’s got a story. I don’t know how good I’d be at it, but I’ll never know until I try, so maybe.

I&T Today: Would you say podcasts have become a mainstay in your daily entertainment? Do you have a few favorites?

Rob Corddry: Absolutely. Podcasts and SiriusXM are pretty much only things I listen to. My favorite podcast would be Reply All, which is relevant – it’s a tech podcast. I think those guys are excellent and funny and they tell very “American lifestyle” stories. That said, I love This American Life. Crimetown was awesome, I love Duncan Trussell.

I&T Today: I’ve never heard of that one. Duncan Trussell?

Rob Corddry: It’s Duncan Trussell Family Hour, I believe. He’s just this really funny, progressive, weed smoking comedian who’s got a funny voice and a great laugh. And he talks about fringy things with funny people. I also like Harmontown, I’ve been on that a bunch. Heavyweight with Jonathan Goldstein. I actually did an episode of this in the fall and he basically. The premise of that podcast is great. He finds someone who has a problem, a “weight” on their shoulders and he solves it for them.

Like this one dude, rented to Moby some DVDs one year, like 20 years ago. And then Moby took those and sampled them and became huge. And now he wants his DVDs back after like 20 years. He doesn’t get along with Moby anymore. So they track them down and they go to his place. It’s like that kind of thing. And I had a “heavyweight” that Jonathan relieved me of.

I&T Today: We’ll have to listen in to find out.

Rob Corddry: Yeah. Heavyweight. Even my dad listens to it and I didn’t even recommend it to him. He just loves it. That’s a really, really good one. I like Mystery Show too. Then there’s S-Town, that was really good. There’s a good script writing one called Scriptnotes, with John August and Craig Mazin. That’s about it. I got so much stuff on here that I listen to.