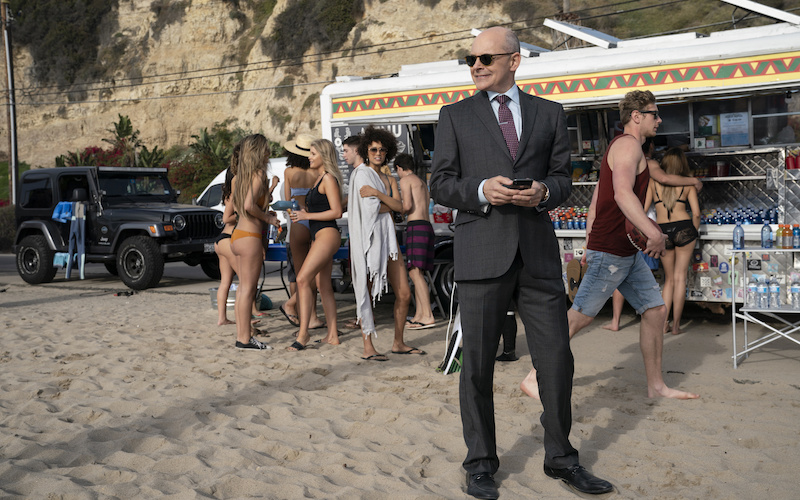 If you think that you don’t know who Rob Corddry is, chances are you know exactly who Rob Corddry is. A pinnacle of the comedy scene for sometime, Corddry has made appearances in comedy classics such as The Daily Show, Arrested Development, and Old School. He also starred in Hot Tub Time Machine, Children’s Hospital (which one an Emmy in 2016), and most recently, HBO’s Ballers. Since the early 2000s, Corddry’s face and demeanor have been amongst the most recognizable in Hollywood.

He’s a man with a prolific career and interests to match. When I had the chance to speak with Corddry earlier this year, our conversation spanned just about everything from smart home and entertainment technology to comic books and podcasts. For convenience, the conversation has been broken into three parts. For the first part, we’ll explore Corddry’s love for superhero comics, how he feels about the Marvel Cinematic Universe, and which superhero he would portray on the big screen.

Innovation & Tech Today: What kind of comics are you into? Are you a superhero guy or are you more into graphic novels?

Rob Corddry: Superheroes mostly. I’ve got a friend, Jason Mantzoukas, who actually does a very popular podcast, How Did This Get Made? He’s my guy for comics. I have to call him probably today and ask, “Alright, what should I read?” because during the summer, I don’t really read a lot of comics, I’m usually just away with the family and doing that kind of thing. But the comics I usually gravitate towards are the darker superhero ones. I love Punisher. I love Daredevil. I love Deadpool. I’m sort of getting back into the X-Men, although I love Old Man Logan. Oh, he’s so great.

And one of my go-to favorites has always been X-Force because it’s just so ridiculous and I’m so glad that they made it into Deadpool 2. I was so excited in the theater; I was like pinching my wife.

I&T Today: As a comics fan, are you a big fan of all these huge superhero movies coming out?

Rob Corddry: Absolutely. Marvel has done a bang-up job, man. They really have – and they’re still going. I have a friend that works for Marvel and he’s like, “We have had a plan laid out for years. We’re not through it yet.” They’ve been pretty faithful to the universe. But the rule with comic books says that, “You can do whatever you want; you can change the universe.” The movie universe is just another one of those alternative earths.

I love it, and I can’t wait until Fox and Disney get their s*** together and the X-Men can be in a movie with the Avengers.

I&T Today: I actually just got Infinity War on DVD, and I’m really excited to jump into the commentary and just learn all the ins and outs of this huge film.

Rob Corddry: Oh, that is the best. That’s great. What’s your favorite of all the Marvel movies?

I&T Today: Ragnarök really blew me away. I just love Taika Waititi. I was really impressed with how he rejuvenated Thor, because I think he was a little bit stagnant in the Marvel Universe, but then, I swear, they brought him back to life and I thought that was so impressive.

Rob Corddry: I feel exactly the same way. The first two Thor movies were, for lack of a better word, lame. And I started to not look forward to his presence in Avengers movies. And they got it back in spades with the latest one; that’s great.

I&T Today: Also, I’m a huge Spider-Man guy. Personally, a part of me will always think that nothing can compare to those first two Tobey Maguire Spider-Man movies.

I&T Today: I think they kind of set the pace for modern the superhero movie in a way.

Rob Corddry: I think you’re right. That and well, I don’t know about Dark Knight, because that’s DC and it’s also like super dark, and DC doesn’t really have their act together in terms of their universe at all.

Rob Corddry: I think their act is that there is no universe: “We’re just going to keep making movies, try to make some money, but we missed it. We messed it up, like Rob Corddry does.”

I&T Today: I think it’s so hard to catch up with your rival if they’ve had a 10-year plan and you have to fit your 10-year plan into a three year period just to catch up.

I&T Today: That makes me think, if you could play one superhero, who would it be?

I&T Today: Why is that? You’ve thought about this, huh?

Rob Corddry: I have. Because I’m 47, I’m bald. I’ve always hoped for – not a superhero movie, but more like an action movie, something that would force me to get in better shape. So just for health reasons.

I&T Today: Hey, Chris Pratt could do it, you know.

Rob Corddry: Exactly. Look at that guy. But, Fantomex is just one of my … If he’s not in an X-Force comic book, I’m not interested in it. He’s French though. There are so many good French actors that they’d cast, I would never get it, but he always wears a mask so you wouldn’t be able to see if it’s me anyway; I could do the voice.

I&T Today: I actually haven’t heard of Fantomex before.

Rob Corddry: He’s really obscure. He’s usually in X-Force, but X-Force itself is a pretty obscure team in the Marvel Universe. I don’t even know who they are. The center of it is Deadpool, but Logan is in and out of there, and Domino. I don’t know who else; it just goes back and forth. That’s a rotating cast right there…

It was hard to explain to my kids that almost everyone in the Marvel Universe has been an Avenger. They’re like, “No, the Avengers is this.” I was like, “Actually, no. Beast is a big Avenger. Everybody has been in the Avengers including Deadpool.”

I&T Today: Yeah, but before he killed them all.

Rob Corddry: Yeah. Oh, that was such a great book. That and Deadpool … what’s it? Deadpool: Killustrated?

I&T Today: Yeah, where he has to kill famous characters from literature, like Moby Dick. Then, I think the final one is Deadpool Kills Deadpool.

Rob Corddry: Deadpool Kills Deadpool, that’s right. That’s with all the other alternate Deadpools. I don’t really care for them too much. I don’t need this. I just need one Deadpool.

Rob Corddry: So well. God bless Ryan Reynolds. I don’t know the dude, but you know what, hats off, respect.

Stay tuned to innotechtoday.com for part two of “Conversations with Corddry.”