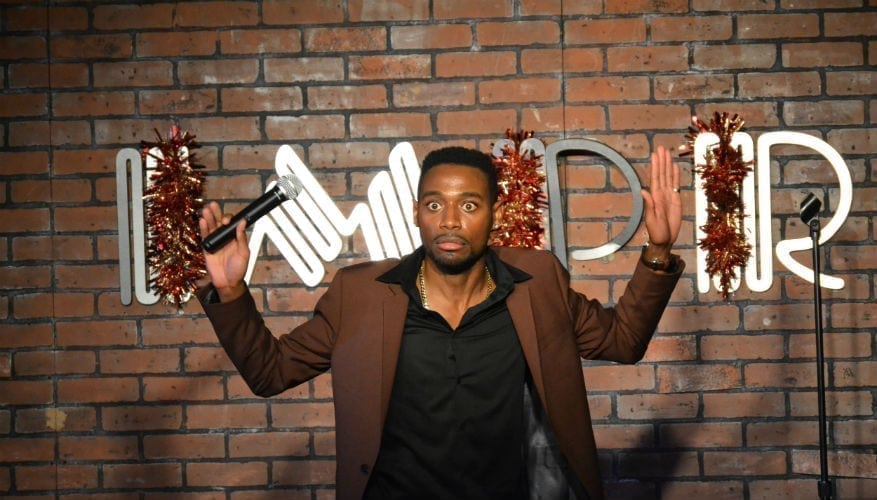 Comedian Kountry Wayne on Gaining a Family Through Social Media

If I told you that I was making music and chasing that dream for years, would you believe me? I entered the social media world pursuing music but eventually my natural ability to make others laugh took me to a level music didn’t. I was not originally going to be a comedian, but you can’t run from your purpose.

Many people don’t understand the power of social media and to be honest some don’t respect comedians who gained exposure this way. But I’ve worked hard, and I think I’ve gained respect from many comedians I look up to.

Social media gives you the ability to touch people lives across the world with the click of a button. To think, my first video was just me teasing my wife about how bad her cooking was (Baby, if you’re reading this, it really isn’t that bad lol). I could have never imagined, “Baby don’t cook no more” would go viral! I didn’t even know what “viral” was.  I was just being me and that’s the best part about it.

My comedy comes from real life experiences. Every scenario is something I’ve experienced or witnessed my family doing. All families have stories, but I think my family is the most hilarious. Through the good and bad times, we laugh. And it makes me proud to be the person contributing to my family’s happiness. Going viral has not only provided me with a way to take care of my wife and kids, it has also allowed me to provide opportunities for my siblings. Coming from a single parent home, I know how it is to struggle and taking my family out of that struggle, is indescribable. Believing in myself and tapping into social media has changed my entire life.

For a while, I was relying only on Facebook for exposure and a little hesitant to test my hand at mastering other media outlets. But I quickly realized the more you post, the more exposure you gain. The key is building a foundation and being consistent. For about three years, I posted videos every other day to gain exposure and quickly I saw my followers increase. I didn’t just rely on my first viral video to carry me. I continued to grind and make videos as much as possible. To me, that’s how I gained the respect of my fans. I have millions of followers now and I’m still grinding like I did in the beginning.

My followers are loyal to this “kountry” boy. Let’s be honest, social media isn’t all laughs some times. There are those negative comments that come across the screen but the good outweighs the bad. I see my fans sticking up for me on social media and I consider them family.

Consistency on social media eventually allowed me to step into a new arena, stand up comedy. To think this guy from a small town in Georgia is touring the world just being himself. There aren’t enough words to describe the feeling. Hearing people I don’t know personally chanting “Help is on the way” and “Get, Get Gone” is an amazing feeling. Hard work allowed me to get here and social media played a big part in helping me stay.

Kountry Wayne is currently touring the U.S. Visit https://kountrywayne.com/ to check out his touring dates and locations.