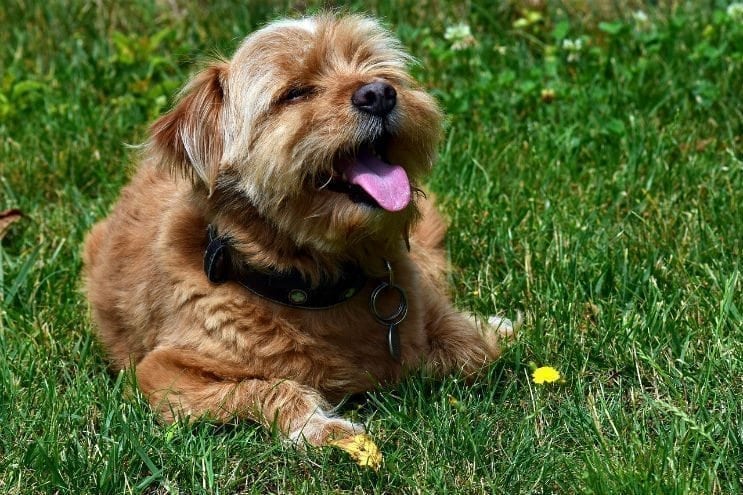 So, after reading that headline, I’m sure you’ve got no shortage of questions. Questions such as “Who are you?”, “Why are you writing about this?”, and “Why are you wasting so much time in the intro of this article?” Well, let’s just get down to the nitty gritty: there’s a Gatorade for dogs. And it tastes like chicken. And you thought there were no positive headlines in 2017.

This news comes from a study published in Frontiers In Veterinary Science, an open-access journal that covers health topics for humans and animals alike. Comparing different means of hydration for sniffer dogs, the study showed that the pooches preferred one drink in particular: an electrolyte fluid that tastes like chicken. Still sounds better than Mountain Dew.

The reason for the creation of this drink, outside of the fact that dogs deserve something to drink other than water, is to reduce the risk of heatstroke for our four-legged friends. Because many sniffer dogs work in troublesome environments, the drink will hopefully make work safer for them by replacing electrolytes, much like Gatorade for humans. What, you thought Gatorade was only used to get rid of your post-karaoke hangover? Yeah, so did I.

According to University of Pennsylvania Associate Professor of Critical Care Cynthia Otto,  “Dog handlers disagree about the most effective method, and since there was no data on the safety or effectiveness of each technique, we wanted to provide some clarity.” The researchers discovered that the dogs were much less likely to drink the electrolyte fluid if it was flavorless, leading to the introduction of chicken flavoring. It’s great to know that research funding and hours of work was used to come to the conclusion that dogs like chicken.

Personally, as someone that is tired of taking separate actions for hydrating myself and eating chicken, I’m very hopeful for the day that I can pick up some Chickenade at my local 7-11. And why stop there? We could soon be sipping the savory flavors of New England clam chowder, black forest ham, and beef wellington. Thank goodness for science.