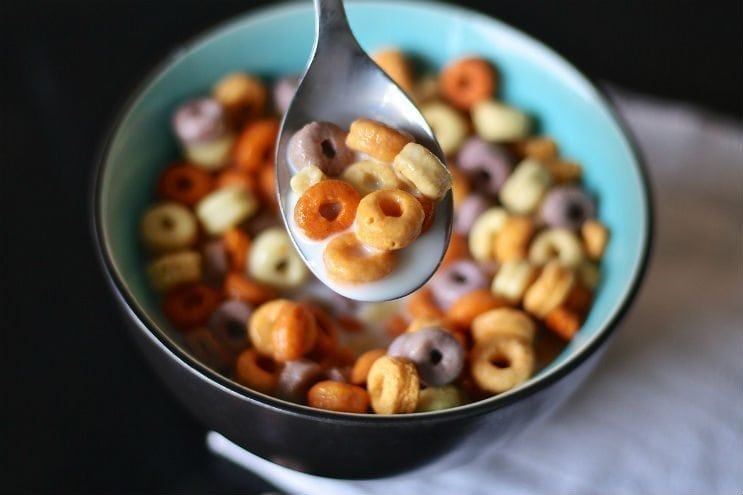 There has been no shortage of strange add-ons for video games throughout the years. One of the major developments was the release of Skylanders: Spyro’s Adventure, which created an entire industry known as “toys to life,” a devious move to get parents to buy not only overpriced games for their children, but also overpriced toys. Then you have some of the strange Nintendo add-ons, such as the literal robot that came with NES consoles. Well, we may be looking at the next big innovation in gaming: breakfast cereal.

A new cereal, which will be a Super Mario-themed collaboration between Nintendo and Kellogg’s, was just officially confirmed on Twitter. However, the cereal will be much more than just another way for kids to get sugared up enough to not pay attention in school all day. The cereal box itself will actually have some functionality similar to amiibo figures, Nintendo’s official toy-to-life figures. It appears that, by simply scanning the box with your controller, you can unlock some extra content for Super Mario Odyssey. Or, if you have no self-respect, you can always just bring your Nintendo Switch into the grocery store and scan it there without buying anything. Hey, I’d rather have those three extra dollars in my wallet than a sense of self-respect.

The hype has even gotten so high for this cereal (I can’t believe I’m typing that) that there are actual news stories about what the back of the box will look like. This is the kind of thing we’ve just learned to live with in 2017. Interestingly enough, this isn’t even Nintendo’s first foray into the world of cereal. In the past, we’ve seen Pokemon-related cereals as well as the confusingly-named Nintendo Cereal System, which probably disappointed a lot of children that thought they were getting a new video game system on Christmas Day 1989.

While we don’t know exactly what kind of content will be included with the cereal or any other kind of functionality the box will have, it will be interesting to see if the cereal’s success will lead to more functional gaming breakfast items. Could we soon be seeing Call Of Duty Crunch, Diablo-O’s, and Tom Clancy’s Toaster Pastries?