Despite the world at large rolling out new mobile innovations, less than one third of Canadian businesses are currently tapping into the market according to Arlington Research. Following the results of a study commissioned by mobile and IoT management company SOTI, it’s been revealed that a number of Canadian businesses are failing to invest in mobile tech at all levels.

In addition to 28% of those surveyed saying their company isn’t investing in apps, just 33% “strongly agreed” that their employer offered mobile tech that would help in their jobs. This apparent reluctance to move with the times flies in the face of the business world. Indeed, even Google itself has shown it’s willing to embrace new trends and give businesses new opportunities.

As Google Moves, So Do Savvy Businesses 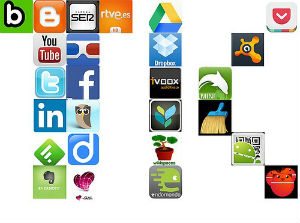 With the mobile casino and poker industry set to be worth almost US $52 billion by 2018, Google recently announced that it will now allow betting apps inside Google Play. Unlike Apple, Google has blocked Android users from accessing casino and poker apps directly from the Play store. Although players have been able to access betting apps from third-party platforms, the lack of direct access has slowed the proliferation of Android casino and poker apps. But, as the industry has changed, Google has sensed a need to change also and that’s prompted a shift in policy.

Since the start of August, when the new policy was implemented, betting apps have been hitting the virtual shelves of Google Play in the UK and the company has promised the rollout will extend to other countries in the coming months. 888poker has been one of the first companies to embrace this change of heart by shifting its app into the store. Having previously been available through 888poker’s desktop platform, the poker app has seen gone live on Google Play. On top of its free money options, players can now ante up for real money in a variety of games, including so-called casual games such as Flopomania (play starts from the flop).

Businesses Need to Get the Mobile Message 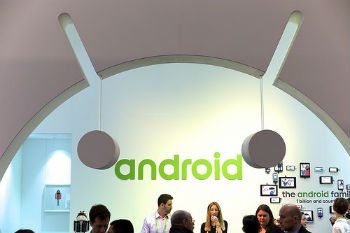 What the above example shows is that the world’s leading companies are always quick to jump on a new opportunity. Indeed, in a similar vein, Canada’s Addictive Mobility recently moved to capitalize on the country’s ever-growing mobile economy. According to the stats, 73% of Canadians now own a smartphone and, moreover, data traffic is projected to increase fivefold by 2021. With more people now using the mobiles to do more things, Addictive Mobility has increased its potential by appointing a new Senior Sales Director for Eastern Canada.

By investing more in sales, the mobile ad-tech platform is hoping to increase revenue and, moreover, become an even bigger force in Canada’s mobile market. Again, this is yet another example of a business seeing an opportunity and taking it. Moreover, what both these examples show is that 28% of Canadian businesses are hurting themselves by refusing to invest in mobile tech. Regardless of the industry or the way a business enters the market, the opportunities are there. However, it seems as though some Canadian CEOs just aren’t getting the message and that’s something they may soon live to regret.