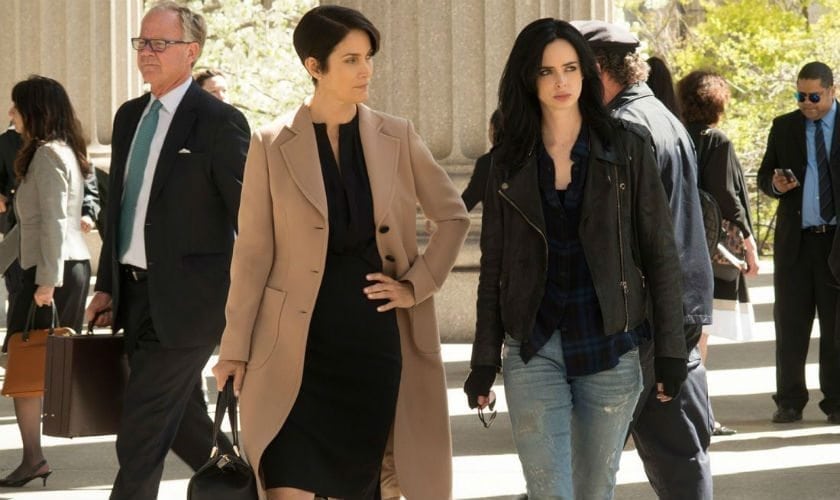 In this new era of superheroes, the world is seeing an influx of the genre moving from the books to the screen. Since Iron Man debuted in 2008, there have been 17 Marvel movies over the past 10 years, and only more to come. Additionally, there are currently 12 different Marvel television shows in circulation on a variety of networks. It can feel overwhelming at times, but Brian Michael Bendis, longtime Marvel veteran and creator of such iconic characters as Jessica Jones and Miles Morales, believes that these shows stay true to their origins. In this excerpt from the full interview appearing in the spring issue of Innovation & Tech Today (available on newsstands April 3, 2018), Bendis discusses what it’s been like to see Marvel hit the big screen.

Innovation & Tech Today: Today, we’re seeing so many comics go from print to the screen. As the creator of Jessica Jones, what is your opinion on how these characters and stories are translating to TV and film?

Brian Michael Bendis: How I feel and how they’re coming together, it’s pretty public record that I’ve been extremely lucky in the area of translation from Maria Hill all the way to Miles Morales to Jessica Jones. These are all very high-quality productions that are very true to character. The right people could do everything right and it still sucks. In this instance, the right people are doing everything right and it’s really working so I often just dab my forehead and go, “Phew!” because I know how easily it could all go off the rails.

Particularly with characters like Jessica Jones where what was being told in both the comic and in television is delicate. You’re talking about very mature subject matter, very dense and very specific to comics. It speaks to a subject matter that a lot of people take very seriously. We get a lot of mail about it. The bad version of Jessica Jones is a purple man onscreen [Editor’s Note: In the comics, the character Kilgrave was originally known as the Purple Man, due to his purple skin], and that would have been not only a bummer, but just devastating to me personally. I’m beyond belief that the show has remained true to the book and that the people respond to it in such an emotional way.

In this instance, particularly when you have a message as strong as Jessica’s, and there are certain people so eager to hear it, we feel what a relief it is on every level. This is working out so well. Also, with the success of a TV show, more people go to find graphic novels and you always want more readers. So it always work out for the best.

We do have to worry about oversaturation. There’s so much. So many people are making so many products. You want it all to be special. Sometimes the TV guide looks exactly like the “Diamond” catalog. Such deep dives, with shows like Runaways and Cloak and Dagger. We’re really into the weeds on some of this stuff. I constantly say to my kids, “You know, you have it lucky. When I was a kid, all we had was The Hulk and we loved it. You guys got 85 channels.”

With the adaptation, you want to make sure the comics are being pure. But on the other hand, I’m reading this visual history of DC Comics, and in it they describe how much of the legacy of Superman actually came out of the radio show. Kryptonite and Krypton and the Daily Planet, huge chunks that are considered to be Superman lore — that are untouchable — actually came out of the radio show and not the comic. This stuff comes from anywhere. It comes from movies, TV, the comics, the games. A general sense of love for a character can come from anywhere, and it’s important that comics, as the original place, don’t lose sight of that.

For full interview, check out the spring issue of Innovation & Tech Today, available on April 3, 2018.