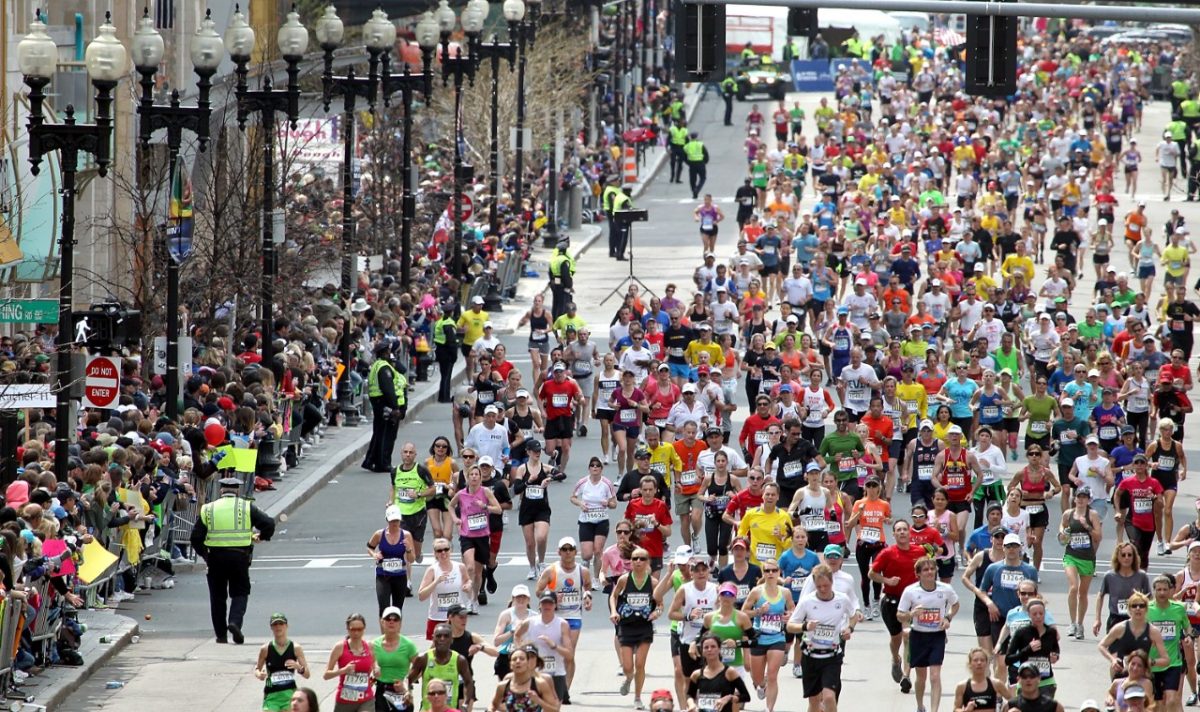 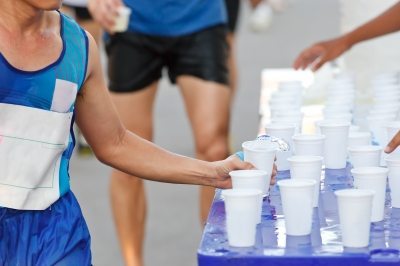 Some quick thoughts on the convergence of running, technology, and one of the greatest and most inspiring sports events to ever take place …

I just returned to our San Diego editorial office from Boston, where I had the privilege of representing Innovation & Tech Today and our commitment to excellence by running in my fourth Boston Marathon. This year, the 26.2-mile journey from Hopkinton to Boston’s Back Bay took on far more meaning, gravitas and stature than any previous marathon, here or anywhere else in the world.

When April began, I was planning to run Boston – in 2015. However, an amazing email came my way that proves, again, the absolute power of networking in business and in life: four-time Boston champion Bill Rodgers, who is a friend, offered me his invitational entry. So, with 12 days’ notice, I switched gears and flew back east, taking my not-quite-ready-for-prime-time legs with me.

Thanks to last year’s tragic bombings, the entire world watched to see what would happen in Boston. More than 1,000 media outlets were on hand, along with 36,000 registered runners and a crowd exceeding 1 million. They came to honor the survivors who were running or walking, to take that glorious run to the finish line down Boylston Street themselves, and/or to celebrate determination and resilience – and to stare down those cowards who would try to disrupt our way of life. In this case, a massive celebration of fitness at the world’s oldest footrace, one that poured an estimated $200 million into Boston. Not bad for a three-day Patriot’s Day weekend.

I ran Boston before large crowds in 2005, 2007 and 2009. Never has the crowd approached the fever pitch we experienced in 2014. “For a few hours, we got to feel like rock stars,” I told my friend, Stevie Salas, who is a rock star. We were treated like rock stars, too, from police who high-fived and thanked us for coming, to strangers in cafes and restaurants who saw the distinctive medals around our tired necks and bought us meals or drinks.

Along with runners, media and spectators came one of the largest rollouts of law enforcement and surveillance technology ever presented at a public event. More than 3,500 uniformed and undercover officers from a dozen agencies (including the FBI, DEA, ATF and Homeland Security) were on hand. They were vigilant, their eyes always scanning the streets; they reminded me of Secret Service agents. A few locals even questioned the massive police presence (really?). However, the police were not only very friendly, but also openly thanked us for coming to Boston to run, then started asking individual questions about our race. In their eyes, we were all in this together.

Later, as we pushed toward the finish line, many high-fived us and cheered as loudly as the spectators. A Brookline cop leaned toward me at mile 24, when I was visibly struggling, and yelled, “You’re f****** awesome! Keep pushing! Own the finish line!” Talk about being caught up in the moment. (BTW, thanks to that officer for getting me going again…)

I’ve been to a lot of sports events. I’ve never seen anything like it. They were over-the-top accommodating.

Early in the race, I ran next to two of about fifteen NYPD officers in the field. Before passing them (one of the things you can do on a race course, if not on the road!), I mentioned how cool it was that they were running. “We’re also on duty,” one told me. How smart is that, to have fifteen on-duty officers in the middle of the pack?

The technology was impressive. Drones, streetlight-mounted cameras, scanners, robots and the latest in law enforcement equipment covered every bit of the course. Before we boarded shuttle busses to the start, we runners were scanned, too. So sensitive was the scanning that I was questioned about a tube of chapstick and two packs of energy gels. Normally, one might think, “over reach”. Not in Boston. Not this time.

Consequently, out of one million people who poured into the Boston area and along the course, one person was arrested. For public drunkenness. And only two unattended bags were picked up (neither harmful). That is a mind-boggling statistic.

The other bit of eye-catching technology came from the running shoes themselves. If you ever want to see the very latest in shoe technology, go to the staging area or starting line of a marathon. Especially a prestigious race like Boston.  Every new shoe from every major manufacturer was on the line. You would think marathon shoes would carry some weight, since you need cushion, heel and arch support, side stabilizers and aeration to cover 26 miles, right? Not five years ago, the lightest halfway decent marathon racing flat was about eight ounces. Well, I showed up with 5-ounce Mizuno Wave Sayonaras… and didn’t suffer so much as a blister on the hot, dry day.

However, the shoe story of the day came from a company not normally considered a player among running shoes. It was Skechers, more popular for their Joe Montana-endorsed (and very good) walking shoes. A few years ago, Skechers made an interesting move when they signed then 35-year-old Olympic medalist and New York Marathon winner Meb Keflezighi to an endorsement deal. Meb, a San Diego resident, was a household name to millions of runners but seemingly past his prime, a good way for Skechers to make an imprint in a very lucrative market with plenty of turnover. Let’s face it: runners go through shoes almost as fast as Lady Gaga switches hairstyles and outfits.

A funny thing happened in Boston: Meb made the largest imprint U.S. marathoning has experienced since Alberto Salazar broke the world record in 1982 and Joan Benoit Samuelson won the inaugural women’s Olympic marathon in LA in 1984. Now 38, Meb became the first American in 31 years to win Boston, a victory magnified by the significance of this year’s race. Now everyone in the sports world is asking themselves, “What technology did Skechers build into those shoes to make someone as esteemed as Meb feel comfortable enough to race in them?” (And no, it wasn’t just about the money side of his endorsement deal; ask golfer Rory McIlroy what happens when the new equipment doesn’t work right.)

That’s the beauty of running shoe technology: just when you think it’s tapped out, something new happens. Just three years ago, Newton was known as a town on the Boston course, the place where a fig bar was invented, and the last name of a mathematician who was clunked on the head with an apple. Now, it’s one of the three top-selling brands.