How Blockchain Can Help Reduce Deforestation

Over 17 percent of the Amazon rainforest has been destroyed over the past 50 years, and despite the warning signs of climate change, this number continues to rise.

It is estimated that forests cover only 30 percent of the Earth’s land mass. While 30 percent may seem like a large share, consider this: since humans first began cutting down trees, approximately 46 percent of trees have been removed. About 18.7 million acres of forests are cut down each year – about ten times the size of Texas.

The causes of deforestation are mainly related to the production of consumer items, but many other reasons also exist, such as:

At the rate at which deforestation is currently happening, it is expected that all forestation will be gone within the next 100 years. This could bring about serious problems for humanity as trees provide a series of benefits. For one, they help to reduce global warming due to their ability to absorb carbon dioxide and release oxygen in its place, while deforestation actually quickens the global warming process due to the tools required for cutting down trees.

In places like Indonesia and Brazil, rainforests are being cut down at a very high pace. In Indonesia, this is done to make room for palm oil plantations. In Brazil, due to the country’s lack of a centralized land registry, illegal deforestation happens quite often in order to clear territories for pasture lands for cattle. Although there is little that can be done to prevent deforestation, illegal logging can be countered with transparency.

Blockchain is revolutionizing sectors throughout the globe, and it might be just the tool to prevent further illegal logging.

Companies are turning to blockchain due to its ability to act as a distributed digital ledger. With blockchain, the information stored there can be viewed by everyone in the chain and can only be altered or added to with a majority consensus.

This technology has been developed to increase transparency in business-to-business operations and has a high level of accountability due to the fact that it is widely distributed and unchangeable.

How Does Blockchain Apply to Deforestation?

A current problem in Brazil is the rise of illegal deforestation. Due to the fact that the country lacks a centralized land registry, Brazil’s Amazon rainforest is being targeted by land grabbers through the means of forged deeds, bribery, and violence in order to illegally claim ownership of property.

These massive spaces of forests, which have been around long before the people illegally claiming them, are then cut down to provide more land for cattle. Locals call these people “fantasmas,” or ghosts. They have brought destruction to Brazilian forests, but blockchain can provide the proper solution.

Although American startup Ubitquity originally created their blockchain to help develop Brazil’s Real Estate Registry Office, the blockchain system can be altered to include portions of the rainforest which are being falsely claimed for the purpose of illegal logging.

Ubitquity’s partnership with Brazil’s Real Estate Registry Office is to increase the security of real estate ownership in the country, as well as to rectify Brazil’s current “ghost” problem. The idea is to upload authentic real estate ownerships onto a blockchain in order to assure them in a secure and immutable manner. By doing so, illegal ownership attained through violence or bribery would no longer be able to occur.

Apical, one of the largest palm oil exporters in Indonesia, hopes custom blockchain solutions can ease the process of data acquisition in relation to tree and plantation productivity in the palm oil industry. Apical’s Head of Digital and IT, Abhishek Singh, described Apical’s current data challenges at an SAP event saying, “The challenge for us is to move the data from pen and paper to a real-time data acquisition process.”

A Digitalist article shows that technology-based strategies are being sought after to increase productivity and promote sustainability in the palm oil industry. Blockchain paired with radio frequency identification (RFID) tags has the ability to provide significant benefits. The RFID tags can be placed in soil, water, and on trees to track the quality and productivity of plantations producing palm oil. Eventually, this would lead to a drastic increase in sustaining current land use for palm oil production rather than mindlessly expanding into rainforests.

Blockchain will not stop deforestation, but it’s a step in the right direction. As shown by Ubitquity and Apical, blockchain, when utilized properly, can be a valuable tool to help end illegal logging.

Although blockchain currently receives most of its hype from the business and banking sectors, when used to target a different kind of problem, its effects can be quite astounding. It will still be a long time before the potentials of blockchain technology are completely understood, but in the meantime, its further adoption will slowly but surely provide the means of reducing deforestation. 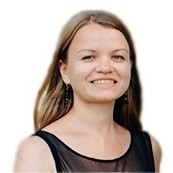 Tatsiana Levdikova is a Content Marketer at OpenLedger ApS, a blockchain development company. She is passionate about blockchain, IoT, health IT, natural language processing, web and software design and development, fintech, and more.