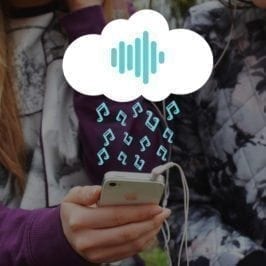 Today we seem to be flooded with different ways to enjoy music for free. With nothing more than a few clicks we can stream Spotify on our laptops, download the Google Play Music app, and even watch music videos on YouTube. However, things weren’t always this easy. There was a time when your only real options for free music were Pandora Radio and the seedy underbelly of Napster.

However, there was also a wonderfully underappreciated website around years ago that most likely flew under your radar: Lala. Featuring sleek design and one of those classic Silicon Valley sounding names, Lala offered a very interesting service in the time before people flat out stopped paying for music.

You see, Lala had a simple (yet interesting) idea: you can stream any song you’d like for free once. After that, you would have to pay to keep listening to the album/song, although at a much cheaper price than your usual physical CD or digital download. Considering music streaming options such as Spotify wouldn’t be around for years, this was a pretty ingenious idea at the time.

But what we’re missing is that Lala literally did everything the folks at Napster seemingly wanted to do: offer a way to literally try before you buy. Because you could only listen to every song and album once, you got to really feel it out before you made the album purchase. It doesn’t sound like much in a time when you can just tell your phone to play whatever song you want, but in 2009, this was huge.

Sadly, the trailblazing website didn’t stick around too long, as Apple purchased Lala in December of 2009. And what did they do with the ingenious website? Shut it down within a few months, never to be heard from again. Pretty brutal, Apple.

Whether you agree or disagree with the move, it was likely a way to keep Apple on top. You see, Lala only charged ten cents for any mp3 download, a mere tenth of what iTunes charged at the time. Does that mean Lala could have saved the world of paying for music? Probably not, but it definitely would have stayed alive for longer with such a forward thinking design. While we are blessed with the convenience of smartphone streaming whenever we’d like, we should respect the trailblazers of the past for trying to improve a rapidly changing business. And remember not to mess with Apple.