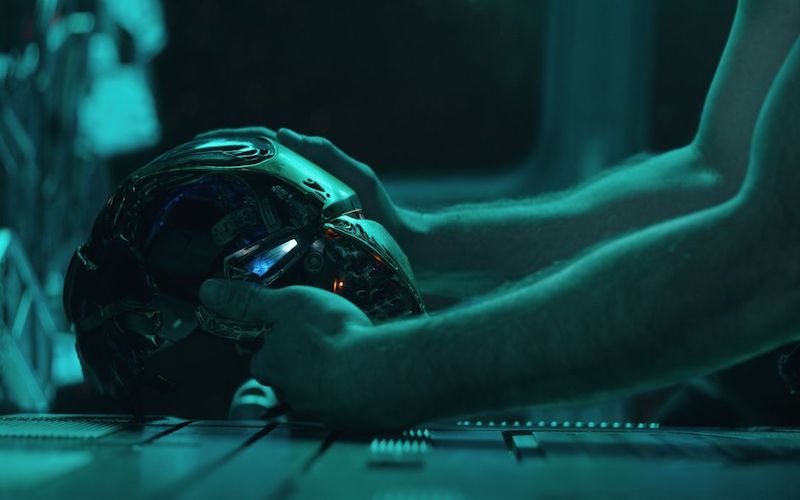 All Photos Courtesy of Marvel Studios

SPOILER ALERT FOR ALL THINGS AVENGERS: ENDGAME! This is your first and final warning.

“We’re in the end game, now.” And indeed we were. There were theories galore, but I still wasn’t sure how Avengers: Endgame would go down. When the hype was building and the first trailer was released in December of 2018, I made a decision. I would not watch any trailers for the upcoming film. I would go in as blind as possible, allowing myself to be completely surprised. (This may have been a good decision in the end, because even Joe Russo said that trailers can’t be trusted.)

So, I went into Avengers: Endgame with no expectations and limited theories, with the simple goal of allowing this film to end my years long journey as an MCU fan. It delivered – and not just for me. Avengers: Endgame grossed $350 million in the U.S., $1.2 billion worldwide, in its opening weekend, crushing (nearly doubling) Infinity War’s previous record of $640 million worldwide. 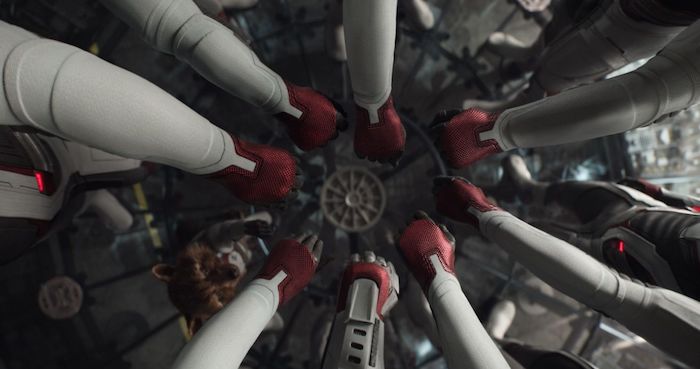 First things first: Every time travel-based plot will inevitably have holes in it. There’s too much going on and too much theoretical quasi-science to make it airtight. So, naturally, when Avengers: Endgame decided to take the “Time Heist” (Thank you, Scott Lang) route, there was going to be confusion and questions.

Now, I think the writers tried to get around this by having Bruce Banner (Hulk Banner?) and Nebula spout off some nonsense about how changing the past can’t change the present because of science.

“Why can’t we go back in time and kill Baby Thanos?”

“Because sciences wouldn’t allow it and blah blah blah.”

But still, I have questions:

Now, I try not to get too bogged down with time travel plot holes. Plus, these are comic book movies; we’re meant to suspend disbelief in the name of entertainment. However, Marvel has gotten away with a lot in the realm of fake science and deserves to be called out for it.

“Do you just put quantum in front of everything?” #AntManAndTheWasp pic.twitter.com/rwZLD3cQhp 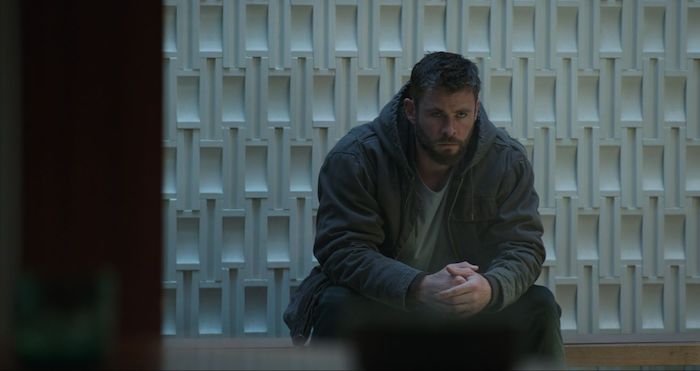 It’s clear that everyone is blaming themselves for Thanos’ victory. But nobody blames themselves more than Tony Stark and Thor. In these moments, in the days and years following the snap, these actors were able to give their best performances in the MCU, because they actually had something to perform.

Tragedy provides depth and these actors really had something, real emotions, to work with. Tony Stark, barely able to stand, chastising Captain America for not being there when he was needed; incredible. Thor hacking off Thanos’ head in a moment of blind rage; unforgettable. Seeing those characters at their most broken truly made for great storytelling and acting.

And obviously, nobody goes more off the rails than Hawkeye, and how brutal was that to watch?

I’m just going to say it: I didn’t come here to see Hulk play on a computer with his gargantuan fingers. It’s a cool concept, I’ll admit, merging Hulk’s body and Bruce Banner’s brain. But, beside the initial “un-snap,” Hulk’s strength, and smashing capacity, was seemingly left on the sidelines.

I don’t recall seeing him in the battle for Earth at the end. For a character that played such a pinnacle role in Avengers, Avengers: Age of Ultron, and Thor: Ragnarok, his role seemed fairly mild in this final installment.

But my “Hulk smash” itch was partly scratched watching giant Ant-Man deck that space worm with one punch.

Maybe something happened in between 2014 and 2018 that softened Thanos a bit, made him a bit more patient. But the Thanos that I saw in Avengers: Endgame (we’ll refer to him as Past Thanos) seemed to have a level of impatience and ruthlessness that Infinity War Thanos did not. Thanos seemed methodical in his movements, not rushed. He spoke with reverence, like a man with a burden that only he could hold and understand. He seemed to respect his adversaries, especially Tony Stark.

Past Thanos, on the other hand, came out guns blazing. He was hasty and rash. Maybe it was watching Thor behead his future self, but I was surprised to see Thanos go from quasi-savior to world destroyer. While it made for an amazing battle sequence, I will say that the Thanos of Infinity War was a better, more complex villain than Past Thanos.

Asgardians of the Galaxy

Chris Hemsworth is clearly having a lot of fun playing Thor. He himself even said that the character was getting stale for him prior to Thor: Ragnarok. But Ragnarok gave Thor new life, and it seems like, while Robert Downey Jr. and Chris Evans are ready to hang up their costumes, Hemsworth is ready to keep going as a part of the Guardians of the Galaxy.

Asgardians of the Galaxy was technically the name of a comic series in the Marvel universe, but it was made up of completely different characters. With Guardians of the Galaxy Vol. 3 already confirmed, it looks like Thor will be joining the squad on their next adventure. With his great rapport with Rocket and his hilarious back-and-forth with Quill, he’ll be a great addition to the team.

And it looks like, in Vol 3, the team will be looking for Gamora, who mysteriously disappeared at the end of Endgame. 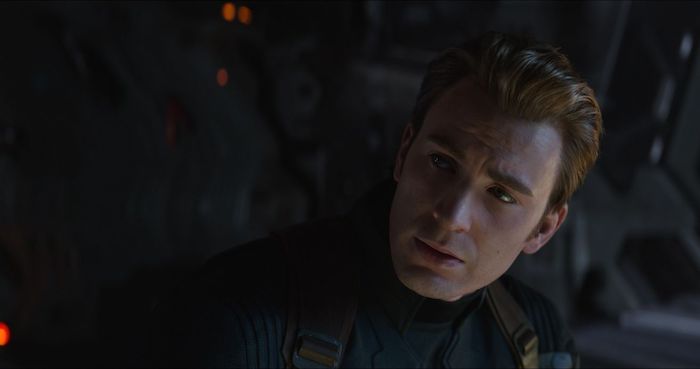 Sure, Tony Stark had the final snap, got the hero’s death, and won the battle, but Steve Rogers is the one that stole the show. Between the one-on-one fight with himself to him wielding Thor’s hammer, Captain America really outshone his colleagues in Avengers: Endgame.

There is, however, a lot of talk as to why Steve was only able to barely move Thor’s hammer in Age of Ultron but could full-on wield it in Endgame. What made him worthy enough? Some speculation I’ve heard is that during Age of Ultron, Steve was still hiding the fact that Bucky killed Tony’s parents. Once he admitted it in Civil War, that was his final barrier to entry.

In the comics, Captain America was able to lift Thor’s hammer a few times, so this wasn’t completely unprecedented. Regardless if you think the Captain was “worthy” enough to wield Thor’s hammer, you have to admit it was pretty awesome watching him fight with hammer and shield.

To round out Steve Rogers list of show-stealing moments, his presentation of the Captain America shield to Sam Wilson, followed by the closing shot of him getting his 76-years-in-the-making dance with Peggy Carter, gave me the wholesome ending I wanted, and ended this phase of the MCU with a sense of warmth.

Frankly, I prefer Sam Wilson as Falcon. He’s learned to use his suit in some pretty badass ways and part of me wants him to stay that way. Plus, without the Super Soldier Serum, I don’t see how he would be a good Captain America. But, if the shield were to become an accessory to his Falcon suit, then that could be interesting.

With a Winter Soldier and Falcon TV show slated for Disney+, we’ll soon see how Sam takes on the mantle of Captain America and in what way.

But I thought that it made sense. What Marvel accomplished was a clean break. They satisfied nearly every character’s arc (besides those who have upcoming movies like the Guardians). They allowed the Avengers to retire. And while some of these characters will continue on with solo missions (read: movies), there is nothing immediately next for them as a team.

For 10 years, Thanos was always what was coming. He came and went. There was no post-credits scene because there is no next step, at least not for the Avengers. And that’s how it should be. Sometimes it is better to let sleeping dogs lie.

Overall, I left the theater completely satisfied. After following these films for over 10 years, I got everything I wanted out of every character. Their arcs feel complete. I don’t feel the need to turn over any more stones looking for answers. Like Tony Stark himself, I feel like I can let my love for the MCU rest peacefully. 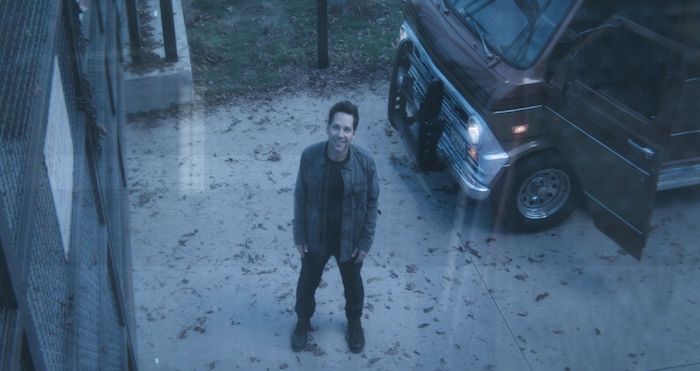 We Want to Hear from You!

What did you think of Avengers: Endgame? Was there anything left unanswered? Do you have any theories for what will come next?

I look forward to updating this post as I rewatch Avengers: Endgame and think about the film more.