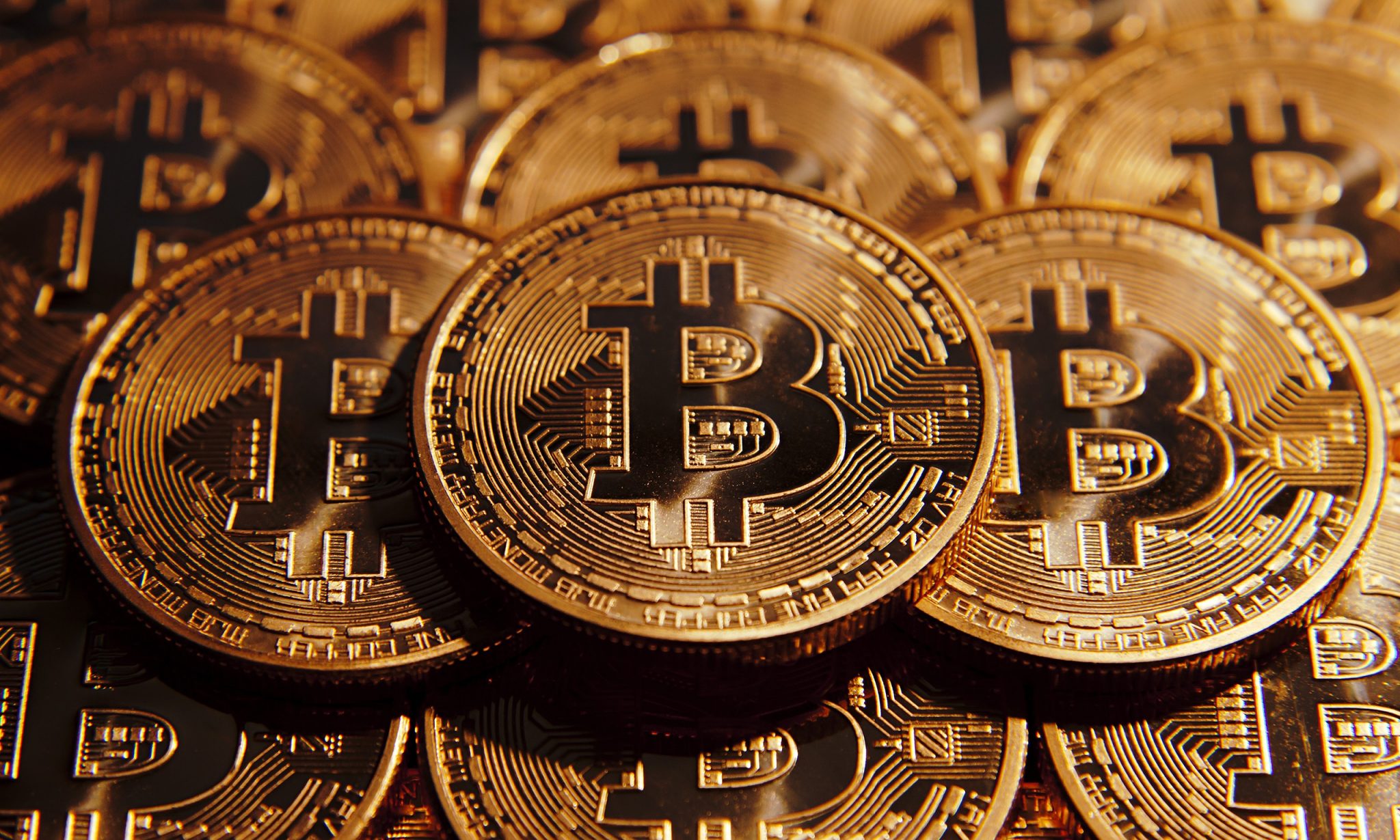 Bitcoin is the first, but not last, of a growing list of alternate forms of money that are as mysterious and intriguing as they are controversial 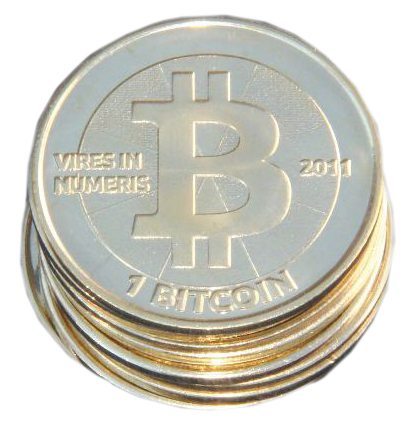 A hidden world exists, designed and utilized by some of the most brilliant and secretive people alive. It is the domain of a clandestine, online digital currency that is untraceable, difficult to understand, and resident in the shadows of the dark web. It may be moving into the light to alter how we understand the nature of money.

This is a story of gunrunners and assassins for hire, anarchists, hackers and secret identities, where the owner of an obscure card game website can become worth half a billion dollars only to fall victim to a $700 million online heist. In this world, you can use a string of numbers to instantly purchase drugs or a Ferrari, or donate to charities or your local congressman’s re-election campaign.

Welcome to the world of alternative currencies, starring Bitcoin. It’s about to get a lot weirder as it prepares to enter the mainstream. There is even a publication for this, Cryptocoins News.

In March 2014, Newsweek ran a cover story announcing they had discovered the hyper secretive creator of Bitcoin. The fact that the creator, Dorian Satoshi Nakamoto, was a mild-mannered recluse who enjoyed model trains only added to the mystique. There was one slight problem: the story was completely untrue.

After the Newsweek article appeared, the man was besieged by journalists and others intrigued by a supposed secret Internet billionaire living near L.A. whose doorbell they could walk up and ring. A comparison of the man’s writing style to the online posts, plus the fact he had been having money problems (odd for a billionaire) proved they had the wrong person. The actual creator, Satoshi Nakamoto (not Dorian) re-emerged on an online forum to state the magazine had made a mistake.

Which begs the next question: Who is Satoshi Nakamoto?

In 2009, Nakamoto’s online paper introduced an open source, peer-to-peer software that would become Bitcoin. The possibility for an online currency had been discussed as far back as the 1990’s. However, Nakamoto solved a number of problems, such as establishing an ownership record, to produce the framework for the first viable online currency. “A purely peer-to-peer version of electronic cash would allow online payments to be sent directly from one party to another without going through a financial institution,” he wrote.

The Exchange In Action

Bitcoin begins with an exchange to determine its value in dollars. Then it can be purchased the same way you might purchase euros. The software creates a private string of numbers, or a number key — a “coin”. Digital “wallets” store the strings of numbers. A user can send this private set of numbers to another wallet as payment. The network operates a massive, public ledger called a block chain, which records every transaction the way a bank ledger might have done 70 years ago. There is an ownership trail and record of every transaction, however small. Because it is an open network as opposed to a giant bank, there is no way to track the actual individuals using the coins; only the “wallets” where the money was sent.

Bitcoin can be broken into very small parts, so it can be used on small purchases. The way the software is set up ensures that there can only be 21 million Bitcoins ever created; this sets it apart from central banks, like the Federal Reserve, which can print unlimited amounts of national currencies. Thousands of massive computer systems maintain this ledger and are rewarded with coins when they are created; this is called digital mining.

It may sound like Ph.Ds. in finance, cryptography and code writing is needed to even begin to grasp it. Here’s a simpler approach: a group of people come together online and accept the value of these strings of numbers, and exchange them for goods and services — the same as any other form of money. There is nothing inherently valuable about a dollar bill or a gold coin; rather, people determine their value. Shihan Qu, a knowledgeable proponent of Bitcoin, said, “A short explanation for Bitcoin is something that I have been struggling with myself for a while. Bitcoin is like digital gold, but the real innovation is not the currency itself. The real innovation is the technology to determine ownership without a central authority.”

The Dark Side of Bitcoin

There is a sub level to the Internet, called the “dark web”. It is basically untraceable, using a TOR network. Operated by volunteers using thousands of relays, a TOR network scrambles computer addresses, which makes it almost impossible for Google or the NSA to determine the identity or location of the user. This has attracted whistleblowers, Libertarians, anarchists, anti-censorship proponents, and citizens of oppressive governments hoping to avoid the prying eyes of Big Brother. Unfortunately, it also attracts criminals, from meth producers in Eastern Europe, to gunrunners in South America, to pedophiles seeking to exchange pornography. From the “dark web” came perhaps the most notorious website, the Silk Road, where one could purchase high-grade MDMA or cocaine or hire a hit man. The currency used? Bitcoin.

The FBI was eventually able to shut down the website. Within weeks, however, a new version went up and it has yet to be stifled. The fact that money can be moved anonymously and instantly outside of the controls of financial institutions has made Bitcoin the currency of choice for Internet criminals. One might think it would remain content in its “dark web” niche, but the Internet has an evolutionary tendency: technologies compete to fill vacuums of innovation. The benevolent Internet community has begun to realize that Bitcoin is more than just a tool for criminals.

Initially, Bitcoin sold for pennies and there was no easy way to trade it. Into this void stepped a strange, unlikely player: Mt. Gox, an internet exchange based in Tokyo and purchased by programmer Jed McCaleb in 2006. He envisioned a site where players of the card game “Magic the Gathering” could exchange and value the price of their cards. In 2010, he became interested in Bitcoin and decided to set up an exchange where it could be traded in a free market setting and bought with traditional currencies. This was a game changer, and allowed huge quantities of coins to be moved. Within a year, the price leapt from $0.05 to almost $30. What started as an interesting thought experiment among hackers turned into a commodity worth billions.

Unfortunately, Mt. Gox had a fundamental security flaw. It is still unclear precisely what happened, but in March 2013 there was a digital heist that netted anywhere from $500 million to $800 million in Bitcoin. Without a central authority, there was no way to cancel or retrieve the transactions once they occurred. The money was gone. This validated many financial experts who viewed Bitcoin as a fad. It also pointed out an inherent danger: if a hacker could break in and steal your number key, they could transfer the Bitcoin, with no way of getting it back. Plus, if a number key was stored in a computer and the computer was destroyed, the Bitcoin was lost forever.

2014: The Year of Rejuvenation

The obituaries were written, and Bitcoin was dismissed. Then a funny thing happened: after a large initial drop in price, the value of a Bitcoin began to skyrocket. Exchanges with state-of-the-art security stepped up to protect their clients’ accounts. Users grew savvy about saving duplicate copies of the numbers, even writing them down and storing them in safety deposit boxes so they couldn’t be lost. By the end of 2013, the price per coin had reached almost $1,200. This was clearly a bubble; once it burst, Bitcoin would be finished.

Not so fast. The price dropped precipitously, eventually settling in March 2014 at around $450. (As of Innovation & Tech Today’s Summer 2014 deadline, it had risen to $645-660, depending on the exchange.) However, Bitcoin weathered the storm. Large corporations like OkCupid, WordPress, TigerDirect and Overstock.com have begun to accept it as payment. In Berlin, you can pay for a taxi in Bitcoin. Million-dollar homes have been purchased using it, and transactions as large as $100 million have been observed. Rep. Jared Polis (D-CO) recently became the first U.S. Congressman to accept campaign donations in Bitcoin. Many agree that if a major player like Amazon begins accepting it, or a large bank begins trading it, there will be a stampede of users and exponential growth.

The larger ramifications are even more impressive. In a country like Zimbabwe, where run-away inflation can rob purchasing power in a matter of hours, imagine that a person can pay for goods on a smartphone with a much more stable currency. This could have a transformative effect on volatile third world economies.

It stands to reason that there will be a demand for a currency that exists online and can instantly move money, free from the controls and fees of banks or governments. It remains to be seen whether Bitcoin will become universally accepted, but if the history of the web has taught us anything, it’s that innovation cannot be controlled and that our reality can be transformed in the blink of an eye. The age of online digital currency might have already started. We just don’t know it yet.