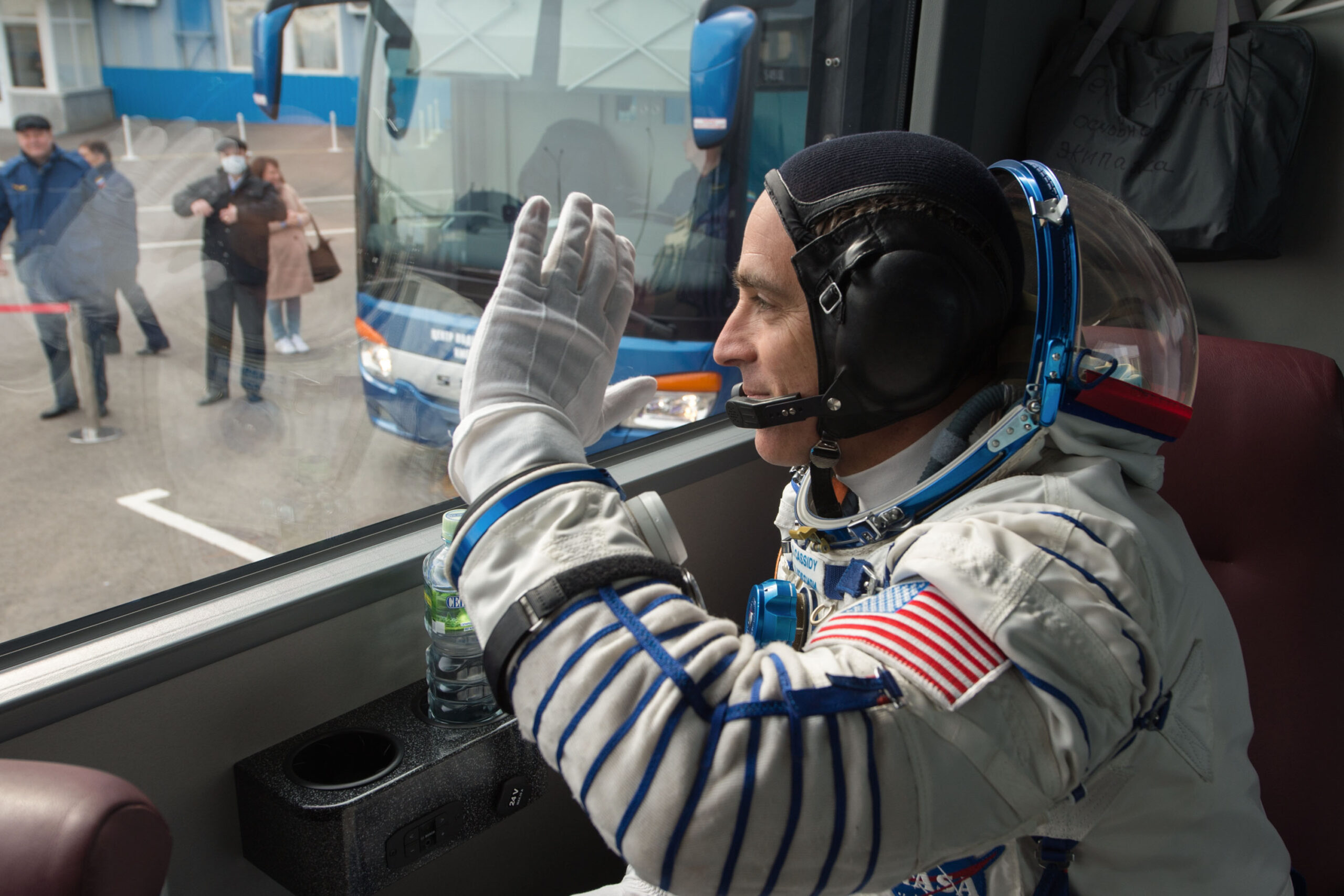 Astronaut Chris Cassidy is no stranger to space. Through a long career as a Navy SEAL Captain and as an astronaut, he’s seen it all.

Now he is the focus of a new Disney+ docuseries, “Among the Stars.” All episodes of the six-part series launch exclusively on Disney+ Wednesday, October 6.

Produced by Fulwell 73, the show embeds viewers with Cassidy as he embarks on one last mission. Through intimate footage, personal video diaries, and live stream footage — stationed both on Earth and in space — viewers are given a first look at the critically important team of engineers, flight controllers, and specialists who take on these dangerous and awe-inspiring missions for the greater good.

Following the teams’ successes and failures over the course of two years, “Among the Stars” provides behind-the-scenes access to the critically important NASA mission of repairing a $2 billion science experiment, the Alpha Magnetic Spectrometer (AMS).

The AMS aims to reveal the origins of the universe. To repair the one-of-a-kind device, former Navy Seal Captain Cassidy and his team must undertake a series of complex spacewalks, but the story quickly becomes a tale about the broader team at NASA, their roles on this daring mission, and the collective quest to succeed.

“Among The Stars” captures the last bastion of the previous era of space travel through shuttle astronauts, traverses into what the future holds with NASA’s plans to return to the moon, and its new commercial partnerships pushing the agencies further into space.

Innovation & Tech Today chatted with Cassidy last week about the show, space travel, and how intense preparations can become for a mission.

Innovation & Tech Today: The story about your first trip to space seemed very emotional. How does it feel to leave earth? Physically and mentally?

Chris Cassidy: Your first mission is a special one. You don’t know so many things. You don’t know what the feeling will be like while you ride the rocket. You don’t know if you’re gonna be prone to mistakes. We train so much to just do our job and hold up our end of the bargain. But you never know how you’re going to feel. Are you going to be sick? Are you going to be vomiting when the engines cut off? It happens. We all take motion sickness medication just on the launchpad to help us with all of that. But nonetheless, when you finally get to look out the window it just blows you away, what you see.

I&TT: In the first episode, where you found out you would not be making the trip, you can see that had a real effect on you. Is it difficult to balance the feelings of losing out on a mission with the need to step up and train the guy who got the gig?

CC: It’s important to get behind your crew, and I was so happy for them. But it’s easier to say that than to live that. And you certainly have some disappointment. For me, I felt a personal connection to all of the people who worked so hard to make that mission happen. So, I was disappointed that I wouldn’t be in the role, but I love Drew, Morgan, and Luca, so I couldn’t have been more happy for them.

I&TT: What does NASA hope to gain from the AMS? How far can it “see”?

CC: That’s an interesting question because it’s collecting particles that are traveling through space. Those particles could be traveling billions of lightyears, so how far can [the AMS] see? It’s not really an optical thing, it’s collecting particles that, in their travel, those particles are lining up with the aperture of the machine. It’s looking for the universe is what it’s doing. I don’t know how to do it. I just know how to fix it.

I&TT: The challenge of not being able to truly practice the repair on the ground seems risky. At one point you said there’s always something different when you get up there. How do you “call an audible” in space when you can’t just go grab the right tool at Lowe’s?

CC: The documentary I think does a good job of showing that we have to use several different training environments to piece together the whole thing. Of course, we start on the bench, then we test those things in the pool. Testing those things in the suspension device called ARGOS. In reality, you don’t know until you actually get there. That’s the tough part about space. You can prep and train all you want on the ground, but you never know if you got it right until you get there. Like you said, there’s no Home Depot around the corner.