Like most rumors, each of these is faction. More than two dozen publishers, media 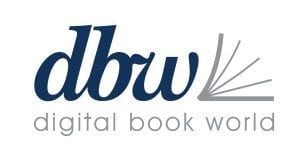 executives, online and traditional retailers, and other expert speakers made that clear in January at Digital Book World Conference + Expo (DBW), the industry’s largest digital content conference (Innovation & Tech Today is a media partner). After three days of talks with presenters, attendees, librarians, and other print and online content influencers, we straightened out the rumors:

Perhaps the best news is the very news that will keep bookstores open, online retailers happy, and content streamers delighted: readership is increasing. The huge jump in juvenile reading, through-the-roof visitor numbers on blogs, PDF book downloads, and author sites, record online subscription numbers, and the growing readership of digital magazines are contributing factors. Not to mention self and independent publishing, which accounted for 985,000 new titles in 2014. “The indie community is incredibly vibrant,” Amazon.com’s Russ Grandinetti said, “and it will remain that way. Readers have never had more options of types of material to read, or the ways they want to read it.”

One subject stirred up a little more controversy than others. Social media influencer Seth Godin of Squidoo spent an entire presentation chiding publishers’ overemphasis on social networking and platform building. This topic has caused more teeth gnashing among authors, agents, and editors. In 2000, you wrote a book, sold it, and the publisher’s marketing, promotion and PR staffs handled the rest.

Now, authors can’t sell to major houses unless they have track records, big media presences, and/or social media platforms with many thousands of followers/readers. They must become their own PR agents — or pay firms between $2,000 and $10,000 per month for a job that publishers have traditionally done (except for self-published authors).

“Social media is a fantastic way to look busy,” Godin said. “The emphasis on building author platforms has gone too far. If so many authors now approach social media as a part of their jobs in the digital era, it’s at least partly thanks to their publishers, who have assiduously told them it is.

“Establishing and maintaining a loyal audience is, by its nature, a long-term investment. What loyalty looks like online can sometimes differ considerably from what it looks like offline, where the real work gets done,” he added.

Which leads to a strategy well-discussed at DBW: combine the two and work hard on both traditional promotion and social media. This was put best by Judith Carr of Atria Publishing: “Online activity leads to offline activity, which leads to more online activity. The trick is to make this circle more dynamic and populated.”