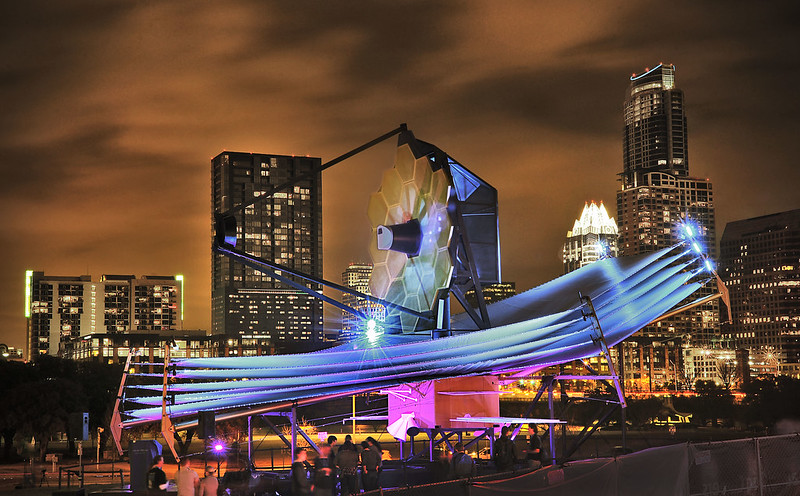 The James Webb Telescope to Launch on Christmas Eve

NASA will provide coverage of prelaunch, launch, and postlaunch activities for the James Webb Space Telescope, the world’s largest and most powerful space science telescope. Webb is targeted to launch at 7:20 a.m. EST Friday, Dec. 24, on an ESA-provided Ariane 5 rocket from Europe’s Spaceport in Kourou, French Guiana, on the northeastern coast of South America. Live launch coverage in English will begin at 6 a.m. on NASA TV, the NASA app, and the agency’s website. The public can also watch live on Facebook, Twitter, YouTube, Twitch, and Daily Motion.

1% of Bitcoin Holders Control 27% of the Currency

A National Bureau of Economic Research study found that the top 1% of bitcoin holders, control a larger share than the richest Americans control in dollars. The top 10,000 accounts control about $232 billion, or around 5 million bitcoin. That equates out to approximately 27% of all bitcoin being held by less than 1% of holders.

Can the US Run on Clean Energy No Later Than 2050?

A group of Stanford researchers are looking to one-up President Joe Biden’s pledge to create a green energy sector by 2035. The group believes it is feasible to operate on 100% renewable energy by 2050 — and at a lower cost than we currently operate. They believe a combination of wind and tidal turbines, geothermal and hydroelectric power plants — combines with the use of solar panels, could all do the job and accommodate for changes in the hour-by-hour availability of the various methods.

Elon Musk to Pay $11 Billion in Taxes This Year

Tesla and SpaceX founder Elon Musk, announced Sunday on Twitter that he will be paying more than $11 billion in taxes this year. Musk remains the world’s wealthiest person, with a net worth of about $244.2 billion. Musk does not accept a cash salary from Tesla, instead he is paid solely in stock. His announcement comes a week after a sparring match with Sen. Elizabeth Warren on his tax liability.

How Does the James Webb Telescope Work?