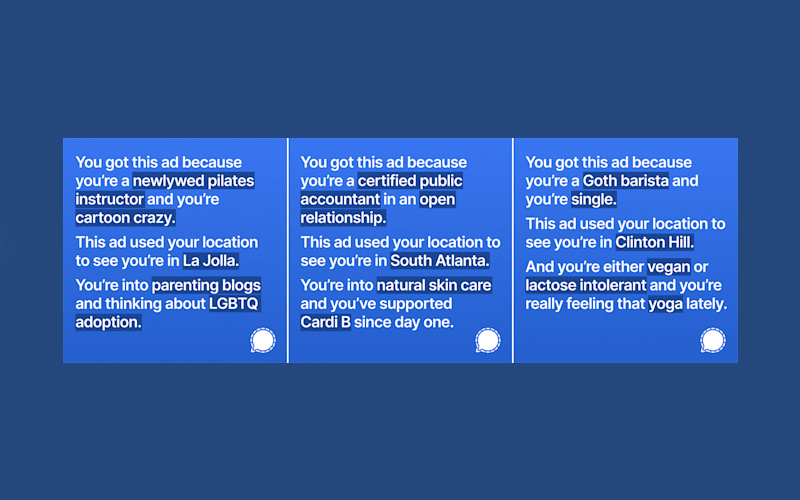 Messaging app Signal turned Facebook’s ads against them, which led to a social media brawl between the companies. Signal was attempting to illustrate the extent to which people are targeted, and the ads do that well. Facebook, however, claims the company lied about having their account deleted due to the ads being placed.

Adidas has unveiled a new shoe, and its pretty awesome. The 4DFWD is the latest model from it’s high tech running department, with 3D-printing company Carbon partnering on the project. The soles are printed in a bowtie lattice pattern designed to turn downward motion into forward motion.

Fertility Apps May Be Selling Your Secrets

A recent study found fertility apps are selling more information than their clients likely realize. It appears very sensitive information has been shared including miscarriages, abortions, sexual history, potential infertility and pregnancy. The apps collect information like temperature, mood, climax and medical records, despite most of them not being GDPR-compliant.

Snapchat has finally jumped on the dark mode train with a recent update. It’s been almost two years since Apple introduced dark mode, but for unknown reasons, Snapchat never included the option in its app. As of this week, though, they have enabled the feature on iOS.