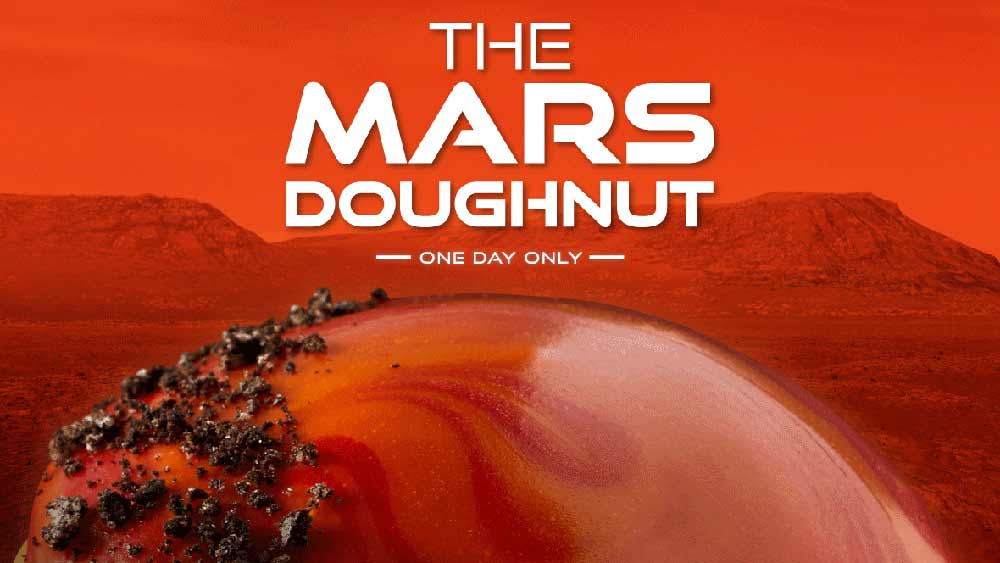 Apple iOS 14.5, which is currently in beta testing, has introduced several fun, new emojis. If you need a person exhaling, a head in the clouds or even something a little more gender-neutral, Apple has you covered. The company has also added additional skin tones and options for people with beards.

The doughnut gods at Krispy Kreme put on their thinking hats and came up with a neat idea to recognize Thursday’s landing of the Mars Rover Perseverance. The company has developed a Mars doughnut that will be available for one day only, Thursday, Feb. 18, 2021. The doughnut is caramel dipped, filled with chocolate and topped with cookie dust and a Mars-like swirl.

Parler is Back Online

It took a month, but embattled social media network Parler is now back on the various app stores. The company, which touts being a free speech platform where users are not de-platformed for their opinions, was removed from the various app stores after it was revealed some US Capitol rioters had used the app to organize. The revised community guidelines say it will continue that mission.

Stonehenge May Be A Replica Stone Circle

Scientists have unearthed the location from which the Stonehenge stones were first unearthed. The remains of a similar stone circle near a quarry in Wales is believed to have been the original location of many of the rocks. One stone still stands in the original circle. It is believed the rocks were somehow transported 150 miles and placed into a similar circle as they were at their home location.

Is The Multiverse Real? Or Just Science Fiction?