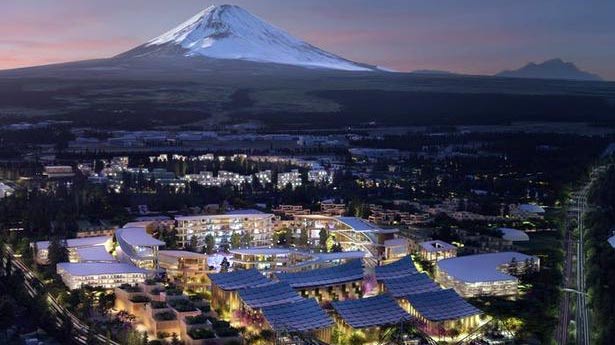 TikTok has agreed to pay $92 million to settle a class action lawsuit regarding it’s harvesting of user data. The social media giant is accused of unknowingly harvesting data, then selling it to advertisers. The settlement still has to be accepted by the judge, but also requires TikTok halt gathering biometric data — including facial data.

Construction began this week at the base of Mt. Fuji for Toyota’s smart city project, Woven City. The 175-acre city is situated 62 miles outside of Tokyo and will function as a tech testing ground for Toyota. The city’s 360 residents will both test and develop the tech that comes through.

Crypto Art Market is Taking Off

Millions of dollars in Non-Fungible Tokens (NFT) are flying around as investors begin laying their money into the digital art world. Unlike with cryptocurrencies, NFTs each hold their own value in a speculative market type way. The tech offers a way where digital art, just like traditional art, can be bought, sold, and traded. Most, but not all, NFTs are trading on the Ethereum blockchain.

A group of Japanese scientists are working to find a way to remove fear from the brain. While it may sound a little crazy, artificial intelligence and brain scans are being used to manipulate non-conscious brain stimulation. The scientists believe this is the key to removing specific fears while also boosting desirable traits, like confidence.

Scientists Create Seaweed to Save the Planet